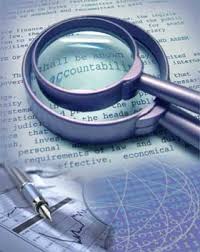 The Chronicle’s data puts names and context to a major shift in the higher education sector, as the recession, state austerity policies and other factors have hurt enrollment at numerous institutions.

Higher ed leaders told The Chronicle that the recession, cuts in state funding, falling high school graduation rates and growing competition for nontraditional students were some of the reasons for declines at their institutions. Some officials told The Chronicle that the declines weren’t so bad when looking solely at full-time, degree-seeking undergraduate enrollment.

But enrollment declines have caused deep financial pain for some schools that are dependent on the tuition and that don’t have a large endowment, strong state support or other backstops to weather dips in tuition revenue. That can create a cycle of decline, as enrollment drops hurt a college’s finances, which in turn, in the worst of cases, can contribute to financial insolvency that leads to a loss of accreditation.

That’s what happened to Bennett College, one of two historically black private women’s colleges in the U.S. According to a report Thursday from The Associated Press, Bennett, lost accreditation after two years of being on probation due to its failure to comply with standards for financial resources. The loss followed years of declining enrollment and stressed finances.

Report: Doubling Pell Would Cut Future Loan Debt in Half