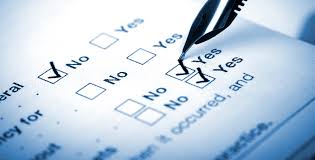 The report’s authors work for Ithaka S+R, a nonprofit research group. The Commission on the Future of Undergraduate Education at the American Academy of Arts and Sciences commissioned the landscape survey.

Rather than being left behind, the report found that colleges are increasingly important players in developing alternative credentialing pathways.

“The greatest prospect for scale is actually the traditional part of the sector,” said Martin Kurzweil, director of the group’s educational transformation program and a co-author of the report. “Traditional providers have been good at adapting and adopting alternative pathways.”

The report also notes that while non-college offerings have grown rapidly in recent years, many tend to have deep historical roots. For example, distance education, prior learning assessment and trade schools have been around for decades or longer.

Conventional college degree programs are likely to retain their value going forward, the report said. But they already are evolving to incorporate features from alternatives.

In addition, the report cautions that more attention should be focused on quality assurance processes for non-college alternatives.  “I do worry about a lack of information and quality control,” said Kurzweil. “Historically, the oversight has been lax.”

Why IBM Chooses Skills Over Degrees

A Big Budget From Biden