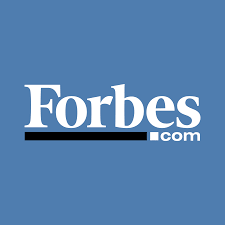 What do you think of Silicon Valley’s critical attitude towards college these days? originally appeared on Quora: the place to gain and share knowledge, empowering people to learn from others and better understand the world.

Answer by Jay Wacker, works in Silicon Valley, on Quora:

As a former university professor who is now in Silicon Valley, it’s perfectly reasonable to question the trajectory of universities. I questioned the current direction of university education while I was in academia and many other academics had similar qualms (not that we thought about it everyday). [*]

It’s not too difficult to see the concern by breaking the return on into the investments and the returns.

In calculating the return on investment for university education, the investment is the most clear. Short of health care, the cost of university-level education has been rising faster than almost any industry. Here is an inflation adjusted summary of the cost for college [1].

The six year graduate rate continues to drop [2] and is down to 61% for public four-year universities and only 36% graduate on in four years [3]. So the cost for a typical graduate from a public four-year university is more than $100k. Additionally, there are two additional years of lost employment which is about $50k/year. So that is a loss of another $70k (assuming 30+% total taxes). So the investment is about $140k (in 2017 dollars) more for that education than forty years ago.

That’s a lot money. It’s definitely still worth it for most students but if it goes up another 50% or 100%, it’s not nearly so clear. Remember that the cost of education has doubled in twenty years and gone up 50% in the past ten years.

The returns on a college education are pretty hard to calculate because they are life-long benefits. If college were cheap, then we could consider the benefits of the education itself, but with college costing enough that it’s possible for it to be a multi-decade drain on someone’s life, the impact of university education on eventual earnings matters.

One of the big things that are driving down the returns are the lower returns on not completing the “four-year” degree. 40% of students aren’t completing in six years. If we just look at the wages of people who have a high school diploma to those with “some college” to those with a bachelor’s degree, it’s only a 12% raise in salaries, about $4200/year. The “some college” to full college is 46% in additional wages, about $17,000/year [4]. Not completing college reduces the expected return by about 25%.

The next big question mark is that the skills necessary for a life-long career are more unclear than ever. If you’re eighteen years old, what skills will you need fifty years from now? We know that a lot of make-do work is disappearing fast. So the return is more ambiguous than ever.

Silicon Valley is seeing that a college education isn’t necessary to craft a successful career. For a long time, college has been seen as primarily a screening factor rather than arising from meaningful skills acquired through four to six years of education. I see everyday people without college degrees making great contributions in Silicon Valley. These aren’t the Mark Zuckerberg-singular types that get all the press, but people who have learned valuable skills and have great paying, interesting jobs and are on the same career trajectory as a college graduate (but a half decade ahead of where they would be if they’d gone to college). These are very talented individuals, but did not require once-in-a-generation luck to get to where they are.

As an example, imagine graduating high school with an interest in computer programming. Take a gap year and spend $10k–$15k bouncing around the world, growing as an individual. You can take a year’s worth of courses between online courses, MOOCs, community college courses, bootcamp courses and spend $10k-$20k for this education. At twenty years old, they get a paid internship as software engineer or product designer and turn that into a full time position at twenty-one years old. You’re making a good salary in a fulfilling line of work and don’t have any significant debt. This isn’t a pie-in-the-sky/wild-eyed dream that requires a disruption of the industry to take place. It’s happening today.

The top end private schools like Harvard, Yale, Stanford still have great value-adds beyond the courses. They also have great four-year graduate rates. But for public four-year universities where the in-class education is a big part of the value, they may not be providing enough value. And fewer will if the expenses rise 50% or 100% more over the next decade or two.

[*] To be clear, the reason why many academics are concerned about this subject is that university tuition dollars form the basis for all research in the United States because it pays the nine-month salaries of professors. If this system broke, it’d be absolutely devastating for the United States’ status as the world leader in research in many fields.

[3] Breaking the 4-year myth: Why students are taking longer to graduate

[4] The Average Salary Without a College Degree

The Other Retention Problem