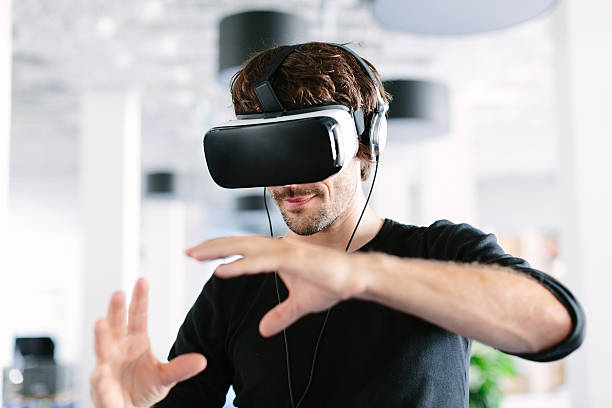 When Case Western Reserve University launches a new health education campus with the Cleveland Clinic next year, one feature will be conspicuously absent. There will be no place for cadavers.

The school plans to replace the usual anatomy labs with a new series of hands-on experiences, including a virtual-reality simulation.

The reason, says Mark Griswold, a professor at the medical school, is that running a cadaver lab is costly and difficult.

“What everybody pretty quickly realized was that digital technology combined with medical imaging and our ability to make 3D models as biomedical illustrators, those three factors all combine to really make it possible to teach anatomy in this way,” Griswold says. “That was not possible 10 years ago.”

The school is just one of many experimenting with replacing traditional laboratory classes with VR labs. And a range of companies have recently started offering products to outfit such digital alternatives.

Those companies include tech giants as well as smaller players. Google has partnered with science education company Labster to create an online biology degree program with virtual reality labs. Arizona State University students will get to use those labs this fall. Microsoft’s partnership with Pearson includes HoloChemistry for primary, secondary and college students, and HoloPatient for nursing students. Case Western Reserve and Cleveland Clinic created HoloAnatomy with Microsoft’s HoloLens augmented reality technology. And in K-12, Schell Games has developed a VR chemistry lab practice game for students ages 14 to -18.

But with the flourishing of activity around virtual reality science labs, are they effective?

At Case Western Reserve, Griswold concedes that there is a chance that students who have only done simulation may have difficulty when it comes to real patients. His answer is to conduct a series of trials to see how well the simulations work compared to traditional methods.

In some of those trials, the school took students out of the cadaver lab and taught them anatomy only through the HoloLens. Griswold says the students did “exactly the same on their tests” as the students who were taught in the traditional way.

And Griswold explains that first- year medical students will still get to take part in conventional dissections through a two-week bootcamp. But Griswold believes that mixed reality classrooms are ready to be a primary mode of learning today. “I don’t think that most virtual reality classrooms are ready for primary learning yet. The lack of meaningful student-teacher and student-student interaction is a real barrier in my mind here.”

Amy Pate, who manages the instructional design team at ASU’s School of Life Sciences, notes that the university isn’t trying to replace in-person labs. In the ecology and cell and molecular biology courses, students will also have other activities, such as discussions and case studies. In the animal physiology course, students will combine the VR labs with “projects using an Arduino that [they] will configure to take measurements, and then use that data in an activity.”

Students will use Google’s Daydream VR technology. An ASU spokesperson tells EdSurge that the university will give Daydream headsets to the students enrolled in the courses launching this fall. After the initial launch, students will have the option to purchase the headsets, or use a desktop version of the course.

Pate thinks that people have always held traditional laboratories on a pedestal. But she believes that virtual reality gives students the chance to do things they can’t do in a traditional lab, such as look at animals that can’t be brought into a lab setting.

She also mentions safety. Sometimes lab procedures are dangerous, she says, and virtual labs give students a safe way to conduct experiments. Students can also learn from their mistakes by, say, putting “the frog back all together again” and re-attempting the dissection.

Pate says the concerns that some in the science community have about standalone virtual labs (as opposed to virtual labs that complement in-person labs) are valid. However, she argues that through researching its undergraduate programs in biology, ASU has found that very few students who graduate with a biology major actually go on to work in biology research labs. She says the school wants to make sure that those who do want a more hands-on experience can get that through an internship, or come to campus for a particular lab.

Best as a Complement?

The question remains if one day, virtual reality labs can replace physical ones.

Ajna Rivera, an associate professor of biological sciences at the University of the Pacific, thinks that current best practices say that virtual reality science labs can be used alongside in-person labs, but that some students need in-person labs to get skills—in particular, motor skills.

“We will know more about the efficacy of VR as a complement or replacement to traditional labs as more students use it,” she tells EdSurge.

On the business side of things, Dan Ayoub, general manager of mixed reality education at Microsoft, thinks it’s up to the individual educator to decide whether to use a virtual lab alone or alongside an in-person lab. He adds that on a personal level, he views virtual labs as complementary to in-person ones in many cases. However, he notes that virtual labs can replace in-person labs in some instances, such as if a school doesn’t have the money to run a fully-functioning in-person lab.

Over at Schell Games, CEO Jesse Schell thinks virtual labs can be replacements or complements to in-person labs. Like Ayoub, he mentions accessibility. If a school doesn’t have an in-person lab, a virtual lab could serve as a substitute. He notes that currently, with the amount of content in his company’s VR chemistry lab practice game, he doesn’t think it is quite ready to be a full subtitute.

“I do think one day it could be possible,” he says. “But realistically, I think it serves as a great introduction to allow students to come into a real lab with much more confidence and much more ability to learn.”