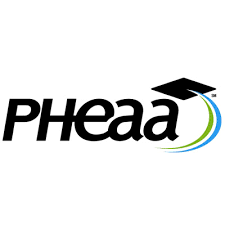 The loan servicer tasked with handling federal loan forgiveness programs overcharged borrowers and prevented them from making qualifying payments that would put them on track for loan forgiveness, Massachusetts Attorney General Maura Healey alleged in a lawsuit filed in Suffolk Superior Court Wednesday.

The Pennsylvania Higher Education Assistance Agency, which operates under the name FedLoan Servicing, exclusively administers the Public Service Loan Forgiveness program and the TEACH Grant program. Congress created PSLF to allow borrowers who made payments and worked continuously for employers in the nonprofit or public sector for 10 years to have their remaining student loan debt forgiven. And the TEACH Grant provides annual funding for teachers of certain subjects in low-income schools. Healey alleged in the lawsuit that PHEAA’s mishandling of both programs has caused borrowers to lose out on financial assistance.

“This company’s actions have jeopardized the financial futures of teachers and public servants across the country,” Healey said in a statement. “These federal programs allow Americans from all backgrounds to dedicate their careers to serving others. My office will protect PSLF and hold PHEAA accountable for forcing these students further into debt.”

Her complaint alleges that PHEAA was made aware of servicing problems but has not addressed them.

The first borrowers to seek relief under PSLF won’t eligible to have their student loans discharged until later this year — the program was enacted in 2007 and requires 120 monthly loan payments to qualify. That first group of borrowers will seek relief as significant questions arise about the future of Public Service Loan Forgiveness.

Republican lawmakers have raised concerns about escalating estimates of the long-term cost of income-driven repayment programs, which would result in substantial amount of debt forgiven through PSLF. And in his 2018 budget request, President Trump proposed eliminating Public Service Loan Forgiveness for loans taken out after July 1, 2018, fulfilling the fears of many supporters of the program.

Advocates have also raised concerns that the administration could undermine the program without ending it outright. In court filings earlier this year responding to a lawsuit brought by the American Bar Association, the Department of Education said assurances from FedLoan Servicing that a borrower was on track for loan forgiveness wouldn’t necessarily reflect the department’s final decision.