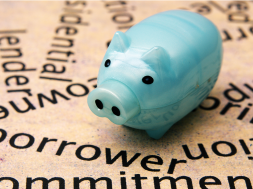 A group of California for-profit colleges filed a lawsuit in federal court this week seeking to block the implementation of borrower-defense rules finalized last fall.

The regulations, which would go into effect July 1, expand on and clarify existing federal statute to spell out how borrowers who were the victims of fraud or misrepresentation by their institution can have their student loans discharged.

Many expected that GOP lawmakers would kill the Obama era rules using the Congressional Review Act. But Congress took no action and the Trump administration has yet to indicate what approach it will take toward implementation. Education Secretary Betsy DeVos told a House appropriations subcommittee Wednesday that the department would have “something further to say” on borrower defense in the next few weeks.

The for-profits’ lawsuit, which names DeVos and the department as defendants, argues that the borrower-defense provision in federal statute was never intended to be used to make an affirmative case for debt relief by student borrowers.

The regulations, the suit argues, “turn a defense into a novel affirmative cause of action that will expose schools to massive liability.”