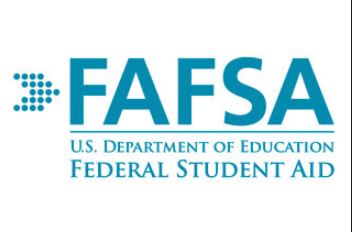 ATLANTA—As thousands of financial aid professionals reconvened Wednesday morning at an annual training conference on federal student aid, Department of Education (ED) officials continued a drumbeat on the importance of strengthening the relationship between government officials, institutions, and students.

To achieve that goal, top officials at ED have said this week that there needs to be change and cooperation from all parties involved, and that as they improve financial literacy efforts and streamline the federal aid experience for students and families, aid applicants also need to take more responsibility in their decision-making and realizing the potential impact borrowing could have on the future.

Jones said during the general session Wednesday morning that the federal agency is “changing the way we think about the conversation with students,” echoing Education Secretary Betsy DeVos’s comments on Tuesday regarding student responsibility in taking out loans.

“… We also understand that we share in the responsibility for raising borrowers who are responsible for the decisions they make, and accountable for what they choose to do,” Jones said. “And we know that raising borrowers who are responsible begins not the day they go into repayment, not the day they sign the promissory note. It begins the day they go into myStudentAid app and start the FAFSA. That’s when the conversation has to begin. And we are stepping up to do our part to try to better educate borrowers and to help them understand that the choices they make have consequences.”

Jones said Federal Student Aid (FSA) is working to improve communication with students and better inform them of their options through the NextGen Financial Services Environment initiative, and through expanding the College Scorecard to include program-level outcomes with median earnings.

NASFAA President Justin Draeger said in a series of tweets that NASFAA shared and welcomed ED’s sentiment for partnership, and laid out several NASFAA recommendations developed by the aid community over several years ranging from stronger investment in need-based grants, lowering the costs of borrowing for graduate and undergraduate students, solidifying the Public Service Loan Forgiveness program and giving aid administrators more tools to prevent overborrowing.

While student and borrower responsibility resonated with some attendees, it seemed to have  struck a negative chord with others.

Jones went on to say that the federal government has “put students in a very dangerous situation” with the option of income-driven repayment (IDR) plans, saying the functionality of the programs today have strayed from the original intent.

When Congress first discussed the idea of an income-based repayment plan in 2007, Jones said, “it was not about a rescue for every student who wants to lead a certain lifestyle.”

“The reason income-based repayment was created is because there was the belief that low-income students should have as much of an opportunity to participate in a service job … as their wealthier peers,” Jones said. “The concern that was low-income students were so burdened by debt that they had to pick the job that paid the best wage. And they lost the opportunity to give back. So income-based repayment was really about creating an opportunity for any student to participate in community service.”

The remarks led some attendees—both practicing financial aid administrators and those from think tanks or advocacy organizations—to question ED’s motives regarding future plans with the NextGen initiative, saying the comments from ED officials were, at times, tone deaf.

“I never thought of IBR as an option to allow all students regardless of income to serve in the Peace Corps. I always looked at it as a way for students starting out in their career to stay current with their loans,” one aid administrator said via a Twitter message. “Students from wealthy families are not borrowing at my school so even making a comment comparing wealthy students to low income students with regard to joining the Peace Corps sounds like someone is a bit out of touch.”

Another attendee described the tone as “alarming,” saying comments from other officials in sessions have had “an air of contempt of distrust of students/borrowers, which is rather distressing.”

During an open forum on Wednesday, one attendee said she was distressed about DeVos’s remarks on the Bennett Hypothesis, which she felt implied institutions were “padding their pockets” with federal funds, when aid administrators work to help students achieve their goals.

Another aid administrator said via a Twitter message that lawmakers and other policymakers “really should take this conference seriously and attend to listen to the people who are working in the trenches day in and day out.”

“Secretary DeVos’ comments yesterday really didn’t sit well with me, because I felt like she was making the student loan crisis about anything than what it really is about: people are not able to afford the cost of living,” she continued.

Several forthcoming changes announced at the conference, however, made clear financial aid administrators’ voices had been heard, as ED officials announced relief for verification documentation, including the acceptance of signed statements of non-filing status rather than an IRS-issued Verification of Non-Filing form.

ED also announced it would be delaying the recall of Federal Perkins Loan funds “for the time being,” updating former guidance that stated ED’s intention to begin recalling Perkins funds as soon as next month. NASFAA had been seeking a delay while ED explores the possibility of reimbursing institutions for their share of Perkins cancellations.

Later in the day on Wednesday, there was a noticeable amount of applause when ED’s Cynthia Hammond announced the department’s proposed rule would eliminate the gainful employment regulations entirely.

Attendees said the content of sessions has been helpful and informative, and that ED officials leading them have made “a dry, confusing topic interesting [and] slightly less intimidating.”

“Both sessions [SAP and academic calendars] had really important information, especially academic calendars, and both presenters did an excellent job keeping the audience engaged,” said Matt Falduto of Kirkwood Community College. “It’s not enough to sit up there and read the PowerPoint. You’ve got to put some personality into it. Both of them did that.”

Still, others said the overall tone of the conference made them unsure of the future of federal student aid and policy coming from the current administration.

“Atmosphere from school community is concern about the motives of the current administration on FSA,” one attendee tweeted. “Feel like Ed employees are despondent.”

Colleen Campbell, associate director of postsecondary education at the Center for American Progress, wrote a series of tweets suggesting the combination of messaging of overborrowing and student responsibility, and FSA’s forthcoming plans to enhance the mobile FAFSA application and pilot a payment vehicle card may not be in students’ best interest.

“They want data to show that students are spending their federal aid frivolously, so that they can implement restrictions on who can borrow. It gives them ammunition in their argument that students are to blame for the debt that they hold,” she said in one tweet.

The ‘ChaChi’ trojan is helping a ransomware gang target schools