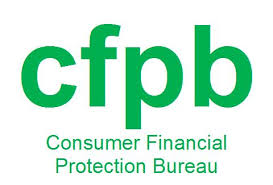 The federal agency alleges that Aequitas, which was a private equity firm based in Oregon, enabled Corinthian to make the private loans so that it would seem as if the school made enough outside revenue to meet the requirements for receiving federal student aid dollars. Aequitas purchased or funded about $230 million in Corinthian’s private loans, known as Genesis loans. Last year, the Securities and Exchange Commission took action against Aequitas for defrauding more than 1,500 investors, and a receiver was appointed to wind down the company and distribute its remaining assets.

If the CFPB’s proposed settlement is approved, about 41,000 former Corinthian students would be eligible for approximately $183.3 million in loan forgiveness. The company would also forgive all outstanding balances on Genesis loans for borrowers who meet certain eligibility balances and forgive Genesis loans in default. A number of state attorneys general have also reached proposed settlements with Aequitas.

This is what today’s college students really look like