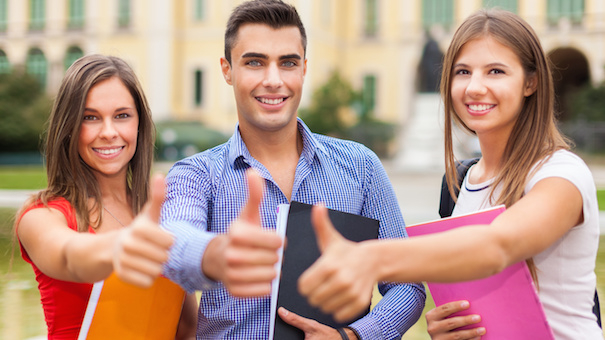 SACRAMENTO — A push to tighten regulations on for-profit colleges in California suffered a blow Monday when a state Senate committee gutted the key bill in a legislative package.

Democratic lawmakers, led by San Francisco Assemblyman David Chiu, had proposed financial protections for students similar to an Obama-era federal regulation that the Trump administration just scrapped. The so-called gainful employment rule blocked financial aid for career-training programs that turn out graduates who do not make enough money to pay off their loans.

Chiu’s AB1340 targeted those same schools by proposing to limit their ability to enroll California residents. But on Monday, Chiu put forward amendments to address objections raised by the Senate Business, Professions and Economic Development Committee, requiring that the state instead collect and report student debt and earnings data for graduates of vocational programs.

Another measure, which sought to counter a federal law that allows for-profit colleges to get up to 90% of their tuition from federal and state financial aid, was pulled altogether. Because military education benefits are not included in that limit, many schools aggressively recruit veterans and are almost entirely subsidized by taxpayers.

The bill that was pulled, AB1343 by Assemblywoman Susan Talamantes Eggman, D-Stockton, would have lowered the financial aid cap. It will not be eligible for consideration again until next year.

“We hit a buzz saw here and we’re going to have to work on getting the committee the background information they need,” said Bob Shireman of the Century Foundation who helped write the gainful employment rule adopted by the Obama administration in 2014 and has been lobbying for the California legislative package.

Sen. Steve Glazer, the Orinda Democrat who chairs the Senate committee, said he sought changes to Chiu’s bill because the state does not have the authority to collect all the information it would need to enforce its own gainful employment regulation. He said supporters should celebrate the progress that the committee made by advancing most of the package.

Consumer advocates have long sought to crack down on for-profit colleges, which account for the majority of student loan defaults nationwide. Several have been accused of fraudulent marketing and recruiting tactics. But the industry and its allies argue that policies such as the gainful employment rule limit students’ options by unfairly singling out one segment of higher education and punishing schools that have done nothing wrong.

In eliminating the federal regulation, U.S. Education Secretary Betsy DeVos argued that transparency is a better means of holding schools accountable. She promised to expand a federal database of student debt and earnings.

For-profit colleges dropped their opposition to Chiu’s bill Monday because of the amendments…. (continue reading)