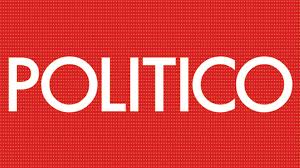 With help from Kimberly Hefling and Benjamin Wermund

BATTLE BREWING OVER DEVOS’ DELAY OF ‘BORROWER DEFENSE’ RULES: The Trump administration last week, in a highly-anticipated move, formally announced that it had halted implementation of the Education Department’s “borrower defense to repayment” package of regulations that were slated to take effect on July 1. But the legal fight over whether Education Secretary Betsy DeVos has the power to delay those rules is just getting started.

— Senate Democrats and at least one Democratic state attorney general have indicated they don’t believe DeVos has the authority to unilaterally put on hold regulations that were finalized by the previous administration. Massachusetts Attorney General Maura Healey has vowed to sue. Democratic Sens. Elizabeth Warren, Patty Murray, Sherrod Brown and Dick Durbin said in a letter earlier this month that the administration delaying the regulations would violate the law.

— The rules would have set a new standard for when defrauded student loan borrowers could cancel their debt, banned mandatory arbitration clauses and given the Education Department new powers to take action against schools it deemed financially risky The Obama administration finalized the regulations last June after a months-long rulemaking process. Congressional Republicans earlier this year took a pass on repealing the rules through the Congressional Review Act, the mechanism they used to scrap other regulations finalized during the waning months of the previous administration, including those governing teacher preparation programs and school accountability.

— In delaying the regulations, the Trump administration cited a legal challenge from a California for-profit college association, saying it would postpone the rules until that was resolved. The department said it had such power under section 705 of the Administrative Procedures Act, which allows an agency to postpone a regulation when “justice so requires,” while a rule is “pending judicial review.”

— But internal documents obtained by POLITICO show that the Trump administration wrestled with the precise rationale for delaying the rules. Before it settled on the Administrative Procedures Act section 705 rationale, the department considered writing a new “interim final rule” that pushed back the effective date of the rules by two years to July 2019. The department said in that May 25 draft notice that “the President’s appointees and designees need to delay the effective date of these regulations in order have adequate time to review them.” It also cited the rule’s estimated cost to taxpayers. The California for-profit college association filed its lawsuit on May 24.

— Dennis Cariello, a former deputy general counsel at the Education Department during the George W. Bush administration who represented for-profit colleges during negotiations over the rules, said the Trump administration was well within its authority under the Administrative Procedures Act to delay the rule. “It makes sense to slow this down and not allow the negative consequences of the rule to affect the higher education sector until a judge has ruled that it is, in fact, appropriate,” he said.

— Julie Miceli, a higher education attorney who served as deputy general counsel at the department during the Obama administration, said that the Trump administration clearly has the power to change any regulation by starting a new negotiated rulemaking process, as it has announced it will do for these rules. “So the question really is whether the agency is violating the APA if it fails to enforce the [borrower defense] rules in the interim,” she said, adding that student loan borrowers “will likely argue that not enforcing these rules during this extended interim period could potentially result in financial harm.”

— What’s up next: A federal judge on Wednesday will hold a hearing to discuss how to proceed with the lawsuit in light of the Trump administration’s delay of the regulations.