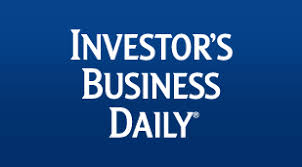 Much of the problem is that career training in the U.S. hasn’t evolved to keep up with the economy’s transformation. Schools have cut vocational funding, while parents, guidance counselors, and even politicians keep pushing students into college programs.

The good news is that visionary businesses, educators, and nonprofit funders are intensifying efforts to upgrade career education, although many obstacles remain.

Although formal vocational education has been a part of American schooling since the early 20th century, career training has developed into something that teachers and guidance counselors encouraged only students of low academic achievement to pursue.

Unfortunately, many students wound up instead enrolling in four-year colleges who weren’t suited for it. These days, only 55% of college students graduate within six years. Meanwhile, student-loan debt has swelled to a monstrous $1.3 trillion.

Many of the students would have been better off receiving vocational training. Plenty of good trade jobs exist, especially in a category known as middle-skilled, meaning that jobs that require some post-secondary education — for instance, a certified apprenticeship or a two-year associate degree from a community college. These jobs are found in health care, information technology, manufacturing, and construction.

Many of these jobs — ranging from cybersecurity specialist and web designer to robotics engineer and industrial-engineer technician — are dispersed throughout most American metropolitan areas, making them within geographical reach of most Americans.

Now policymakers have begun to offer programs to train students for these positions. In 2008, a New York task force recommended overhauling and expanding the city’s career and technical training. Among the suggestions that the city adopted was a push to instill in high school technical programs “a strong academic foundation in literacy and numeracy.”

The city also reformed vocational schooling to include apprenticeships and other work-related learning. New York now runs 50 schools entirely dedicated to career education and an additional 75 career academies within larger general-education schools, serving some 26,000 students in all.

Some of the leadership in the modernization of vocational training is coming from employers. Siemens USA, a division of the German industrial powerhouse, has been working with high schools and community colleges around America to educate students via apprenticeships, based on a model common in Europe, where typically 60% to 70% of young people enroll in on-the-job training initiatives.

In Charlotte, N.C., Siemens recruits juniors from a local high school. Just to be considered for an apprenticeship, a student must have taken advanced mathematics courses (such as calculus) and pulled off A’s and B’s. Then Siemens puts the qualified applicants through a company-designed test. Those that qualify earned an associate degree and can receive job offers that start at $55,000 a year.

Businesses formerly reluctant to partner with educators are now fashioning bold ideas. In 2010 IBM went to education officials in New York City and at the City University of New York with a proposal to create Pathways in Technology Early College High School, or P-TECH, a six-year career and technical program that combines high school with two years of college to ready students for entry-level technology jobs.

The participants build robots, learn computer coding, and study network systems.  IBM promises students who succeed that they will get priority treatment for jobs. The model is spreading. Already, some 60 similar schools are running in six states with the help of 250 business partners.

Philanthropy is getting on board, too. The Gates Foundation, for example, has given crucial support to institutions like Charlotte’s Olympic Community of Schools and the California-based High Tech High Learning network. A number of groups, including the Joyce Foundation and the Kellogg Foundation, have joined with major employers like Target, Wal-Mart, and J.C. Penney to set up 100,000 new internships and apprentice positions within the next two years.

Despite such successes, quality career and technical training still reaches too few American students. Blame deep-seated institutional obstacles that have to change.

States need to change certification requirements so that those with technical skills can teach in public schools. Local educators must coordinate with area businesses to tailor their career schools and academies to a region’s needs.

Washington can help by promoting better training and more cooperation between business, labor and schools. President Trump made a good start last week when he directed the Labor Department to streamline regulations to make it easier for businesses to offer apprenticeships.

Rather than completely disappearing, middle-income work is transforming. Workers need to be prepared for this latest revolution — and the way to do it is becoming clearer.