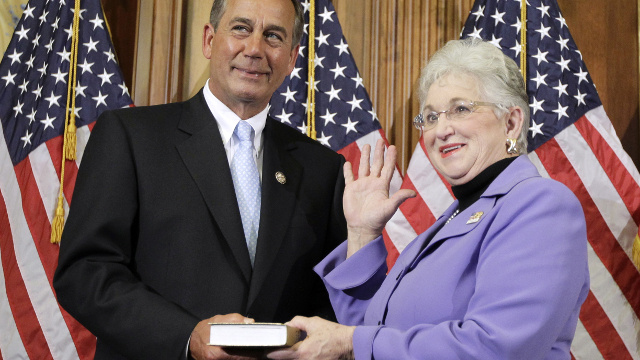 As the 2016 presidential election continues to boil down to a two-party tug-of-war of political self-sabotage and voters struggling to find hints of likability between two generally disliked candidates, serious implications for higher education are drawing closer into view for many presidents and industry advocates.

In the waning weeks of an Obama administration which recorded a number of hits and misses on efforts to increase access and affordability, experts say that the Higher Education Act will be dramatically shaped by the presidential race and its effect on committee philosophies in funding, policy making and lobbying in both the House and Senate.

Some experts project that important races in the House of Representatives will yield some turnover regardless of a Democratic or Republican victory, but not enough to shift the balance of power. One name at the top of the perceived pecking order of higher education will be North Carolina Rep. Virginia Foxx (R).

Last week, the Obama Administration granted new allowances for students to discharge loan debt levied by schools deemed as predatory institutions, while also making exceptions for former students at these schools to regain Pell Grant eligibility. Many higher education advocates and policymakers say this legislation is critical to the next phase of higher education viability and affordability beyond shutting the doors on for-profit education.

“It’s possible that education committee leaders in the two chambers could move this process forward in 2017,” said Tom Harnisch, Director of State Relations and Policy Analysis for the American Association of State Colleges and Universities. “There are a range of issues related to college affordability, accountability, student safety, and quality that will need to be negotiated in Congress. Therefore, it is important who chairs these committees and the balance of power in each chamber, as well as the presidential administration.”

According to Harnisch, state races could result in changeover among the U.S. Senate Committee on Health, Education, Labor & Pensions, and the House committee on Education and the Workforce. Most expect Sen. Lamar Alexander (R-TN) to retain his chairman’s seat on the Senate HELP Committee, and with the retirement of House Committee Chairman Rep. John Kline (R-MN), Rep. Virginia Foxx (R-NC) is the likely choice to replace him.

Foxx, former president of Mayland Community College and the key sponsor of the 2013 Supporting Academic Freedom through Regulatory Relief Act, attempted to dial back many of the elements of overreach from the Department of Education with defining oversight on credit hours, gainful employment and student loan debt — aspects of institutional metrics which three years later are at the heart of ED’s messaging on protecting taxpayers and discouraging enrollment in for-profit and other financially marginalized institutions.

David Baime, a senior vice president for government relations and policy analysis for the American Association of Community Colleges (AACC), called Foxx an advocate for community colleges, but said there were few congressional races with major impact on two-year institutions.

In an email to Education Dive, Baime said “ensuring that the Pell Grant program continues to receive annual increases without any cuts in student eligibility, reauthorizing the Higher Education Act to reflect the needs of community college students, [and] reauthorizing the Carl D. Perkins Act providing support to community college job-related education and technical programs and students,” are among the priorities AACC is watching closely as Americans head to the polls to elect a new Congress.
A vehement opponent of the Obama Administration’s action against for-profit schools which has led to the closure of industry giants Corinthian Colleges, ITT Technical Institute and other smaller companies, Foxx told POLITICO last month that her priorities as chairwoman would be full repeals of most regulatory standards set in the last eight years which have been particularly harmful against the sector.

“There was not one iota of proof the school did anything wrong,” Foxx said in regards to ITT.

She does not believe a Trump election would result in his promised dissolving of the federal Department of Education, but she does believe in limiting its role in oversight and spending on education. She is expected to prioritize reducing regulatory burden on colleges and increasing transparency for students and consumers.

What it all means

While most of the current education sparring between the outgoing administration and the Congressional committees is focused on K-12, some observers believe that a Foxx-led House education committee in tandem with a Senate led committee chaired by Tennessee Republican Lamar Alexander, could definitively shape regulations on funding metrics for non-traditional education and career pathways.

Among the most significant awaiting Senate approval is the Strengthening Career and Technical Education for the 21st Century Act, a bill which unanimously passed committee and through the full House last month, which calls for new definitions of a technical student and the reduction of bureaucratic influence on state spending for career and technical training programs.

Democratic vice-presidential nominee Tim Kaine focused on CTE training as a platform during his Senate career, and touted his bipartisan participationon issue as a founding member of the Senate’s caucus dedicated to enhancing these programs.

Other areas of emphasis which fit Alexander and Foxx’s higher education agendas: streamlined processes for financial aid applications and loan repayment reform. Both topics have been broached by the lawmakers in previous discussions on reauthorization of the Higher Education Act, which remains one of the most contentious points of legislation in divided Congressional work.

“The president has identified 30 questions that he thinks can be removed, but the end result will be closer to two than 108,” Alexander told the Washington Post in a Q&A in February.  “A president of a community college in Memphis told me he thinks he loses 1,500 students a year who are intimidated by the complexity of the form or their parents or grandparents won’t fill it out, so they don’t go to college. And these are the very students we hope to attract.”