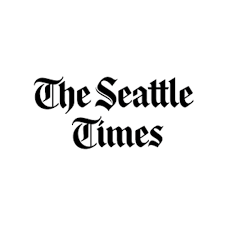 Attorney General Bob Ferguson is joining attorneys general in nine other states to fight a lawsuit that would remove protections for students who borrowed money to pay for degrees at for-profit schools.

The Washington state Attorney General’s Office has filed a motion to intervene in a federal lawsuit, saying that if the lawsuit was successful, it would strip protections for students who borrowed money to pay for degrees at for-profit schools.

The lawsuit, filed by a group of private California postsecondary schools, challenges a 2016 Obama administration rule that is to go into effect July 1 and aims to protect student borrowers.

Although the lawsuit, California Association of Private Postsecondary Schools vs. DeVos, was filed against the federal Department of Education, the state attorneys general are arguing that the federal government cannot adequately defend the states’ interests in the lawsuit because Education Secretary Betsy DeVos has made it clear she will not defend the Obama-era rules, Ferguson said in a statement.

Earlier this month, DeVos said the Department of Education would delay implementation of the rules. They are known as the borrower-defense rules and were scheduled to begin July 1.