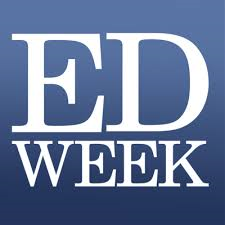 By Alyson Klein and Andrew Ujifusa

U.S. Secretary of Education Betsy DeVos has announced a slate of hires for key positions in the department. Many of these folks have been working in the Education Department since the beginning of the Trump administration, but now they will have more formal, official roles.

None of these folks have received formal nominations from the White House, and will not need Senate confirmation to step into their roles. But some will be serving in an “acting” capacity in positions that they can be nominated formally for later.

Venable worked in politics in DeVos’ home state of Michigan, but spent almost two years as the national director of advocacy and legislation at the Foundation for Excellence in Education, started by former Florida Gov. Jeb Bush.

A Dougie Simmons has worked for the Republican National Committee and for Sen. Ted Cruz, R-Texas, one of President Donald Trump’s rivals for the GOP nomination.

This isn’t Lee’s first stint at the department. She worked in the Office for Innovation and Improvement during President George W. Bush’s administration, from 2005 to 2007. Since then, she has been working on charter school policy at the Bill & Melinda Gates Foundation.

Eitel appears to have most recently worked on regulatory issues for Bridgepoint Education, which runs for-profit universities. He also served as a deputy general counsel in the department under President George W. Bush.

Candice E. Jackson previously worked as an attorney in private practice in Vancouver, Wash. Her 2005 book “Their Lives: Women Targeted by the Clinton Machine” focused on women who said they were harassed or intimidated by President Bill Clinton and his supporters, and highlighted instances in which Clinton was accused of sexually assaulting or raping them. Civil rights advocates were not happy about her prospective appointment.

She also coordinated a public event featuring several of these women during the 2016 presidential campaign, with President Donald Trump’s support.

Manning headed up the education department’s transition for the Trump team.

Manning worked on higher education issues at the department under President George W. Bush. Read testimony Manning gave to the House foreign affairs committee in 2007 about postsecondary issues here. “America must remain the primary destination for international students. We must work together to make sure our nation’s institutions of higher education continue to be open to students from around the globe,” Manning said.

Toner served in a similar role during the George W. Bush administration.

Botel has been a senior White House adviser for the Trump administration. He is a Teach for America alum who started a KIPP charter school in Baltimore. Most recently, he was the executive director of MarylandCAN, an advocacy organization in Baltimore.

A Jose Viana is listed as a staffer with the North Carolina Department of Public Instruction’s Migrant Education Program. A training and resources document for the program lists him as an “identification and recruitment coordinator.”

Also slated to join these folks is Carlos Muñiz—the White House announced that the president would nominate Muñiz as the department’s general counsel.