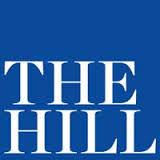 The Trump administration for the first time is mapping out its plans to cut down on the nation’s regulatory rulebook with the release of its first agenda.

The semi-annual Unified Regulatory Agenda published by the White House Office of Management and Budget (OMB) on Thursday is a policy blueprint of sorts for federal agencies.

Under the Obama administration, it focused largely on which new health and safety protections would take priority.

But the focus has now shifted to rolling back rules instead of creating new ones.

Federal agencies announced plans in the new agenda to withdraw 469 actions that were proposed in the fall of 2016 and to reconsider another 391 active actions. Of those 391 active actions, 282 are reclassified as long-term rulemaking priorities and another 109 actions are listed as in need of careful review.

As previously announced, the Department of Labor is proposing the removal of shipbuilders and construction workers from its rule to protect workers from exposure to the toxic substance beryllium.

The agency also wants to rescind a rule that prohibits employers from pooling tips and divvying the proceeds to employees who make full minimum wage.

The Education Department, meanwhile, specified that it would delay the Borrower Defense to Repayment rule, which was also previously announced, until July 1, 2019.

The Obama-era rule aimed to create consistent, clear, fair and transparent processes for students to bring claims against colleges and universities that engage in misleading and predatory practices. The rule also prohibited schools that receive federal funds from relying on existing agreements or entering into new contracts with their students that include forced arbitration provisions.

For-profit schools, however, have slammed it as unfairly punitive because it establishes automatic triggers that would require a school to put up a letter of credit — a large sum of money — every time a lawsuit is filed against it to protect taxpayers if the institution fails.

The Food and Drug Administration (FDA) also plans to issue a final rule in October to establish labeling requirements for gluten-free foods.

And the Environmental Protection Agency (EPA) announced plans to redefine waters of the U.S. following the president’s executive order to review the 2015 rule and rescind or replace it as appropriate. The controversial rule extended the federal government’s authority to regulate small waterways.

The agency is also extending delays on new emission standards for municipal solid waste landfills and planning to propose a rule to withdraw the Clean Power Plan, which ordered a 32 percent cut in the power sector’s carbon dioxide emissions by 2030.

That proposal was listed under the agency’s long-term rulemaking priorities.

OMB said agencies for the first time will post a list of “inactive” rules to notify the public of regulations that are still being reviewed or considered.

Pro-regulatory groups had been expecting the agenda to focus largely on deregulatory actions.

Dominic Mancini, acting administrator of the White House Office of Information and Regulatory Affairs (OIRA), directed the agencies in guidance in March to pay close attention to President Trump’s executive order calling for two rules to be eliminated for every new rule proposed.

“We are watching the American safety net unravel before our eyes,” Matthew Shudtz, executive director of The Center for Progressive Reform, said in a statement.

“The protections that this administration wants to cast aside or simply fail to pursue are vital to every part of our daily lives — protecting us at the breakfast table and during the morning commute, ensuring our employers meet their duty to provide safe work environments, keeping our air and water clean, and maintaining our financial security.”

“Anyone who believes in protecting healthcare, food safety, infrastructure security, consumer product safety, workers, our financial system, and the environment will be outraged by this overreaching document that attacks sensible safeguards intended to protect regular Americans,” she said.

“Deregulation leads to disasters — from the Wall Street meltdown, to the BP Oil spill, to the recent example of the U.K. tower fire. This agenda sets the table for an America that is less safe.”

In a statement, OMB Director Mick Mulvaney boasted about how much the administration has been able to cut down on regulatory red tape and improve American prosperity.

“Government is using muscles it hasn’t used in a really long time, exposing and removing redundant and unnecessary regulation,” he said.

Students caught in the middle of for-profit college debate ask, 'What now?'

Another Coding Boot Camp to Close