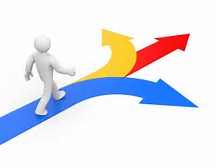 The U.S. has 6.7 million job openings. Why aren’t they being filled?

A record amount of job openings indicates that structural unemployment is causing a skills mismatch. Are employers ready to reskill workers to adapt to technological change?

A notable thing happened in the U.S. workforce in April. For the first time since the Labor Department started keeping track in 2000, there were more job openings than unemployed people.

The number of openings hit a record 6.7 million for the month, exceeding the number of jobless by 352,000. This comes as unemployment sits at 3.8 percent, a rate last seen in 2000 and seen only twice in 50 years.