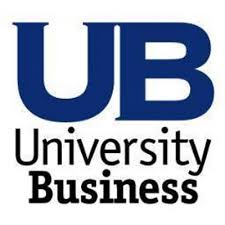 While the concept may seem unnecessary, a formal document—signed by each student—that states tuition payments are, in fact, expected is now required by a majority of colleges.

Rather, the move is an attempt to ensure students are aware of details, such as education costs and enrollment-related financial policies, surrounding what they owe, says Brian Hickenlooper, interim chief financial officer and bursar.

Nearly 61 percent of colleges use these agreements, according to an April 2017 NACUBO study. Of those, 55 percent require a signed agreement once per term.

When developed and executed with best practices in mind, the documents protect institutions legally and financially. Following are three questions to answer to ensure your own agreement is most effective.

1 of 4: More tips for an effective student payment contract

For colleges and universities considering implementing financial responsibility agreements—or for those that want to ensure their existing agreements are effective—there are a few important steps to take:

1. Make it forthright. “Don’t be cute by hiding this agreement in another less scary agreement or calling it something benign,” says Ken Wolterman, bursar at the University of Cincinnati. “Make it so that students have to stop and be cognizant of what they are agreeing to, because even though they may not read the entire agreement, they at least read the title.” At the University of Cincinnati, that title is clear: “Promise to Pay Educational Costs.”

Why require a signature?

These documents are important in helping with collections—if it comes to that, says Ken Wolterman, bursar at the University of Cincinnati, which has required students to sign an agreement, electronically, for more than 15 years. However, the Ohio attorney general decided the contract may not hold up if a student declares bankruptcy, even when the debt is from Title IV aid refunds.

In those cases, the university has to write off the debt.

Although Cincinnati, like most institutions, spent time and legal resources carefully crafting the agreement, students often approach the task of signing as they do many legal documents.

“I seriously doubt the agreement is read by any student; it’s more about protecting the university and preparing to collect the debt due,” Wolterman says. “These agreements are referred to only when a debt is challenged or in court.”

For instance, in 2014, Bradley vs. Franklin Collection Service held that a contract needs to contain specific language for charging collection fees. In that case, simply stating a party agrees to pay “all costs of collection” and then charging a percentage fee was found to be in violation of the Fair Debt Collection Practices Act, says Bryan Dickson, senior policy analyst at NACUBO.

2 of 4: More tips for an effective student payment contract

2. Vet it with the legal department. Never ask students to sign an agreement that hasn’t been fully examined by legal counsel. “Any leader thinking about making agreements mandatory must work with the legal department to make sure the language is precise and conforms to the laws of their particular state,” says Janet Burkhardt, director of student financial services at the University of Denver.

“Schools need clear records of debts and associated collection fee practices, especially if they intend to assign debts to collectors,” he adds.

Legalities aren’t the only motivation for these agreements. Idaho State deploys them to clearly inform students about expectations for payment and institutional policies regarding e-billing, late fees and contact methods.

At the University of Denver, which began requiring signed agreements in fall 2015, the goals focus heavily on communication, says Janet Burkhardt, director of student financial services. Via the document, students learn of:

Also, students agree to receive 1098-T tax forms and other official notifications electronically, and to accept communication via landline, cell phone or other wireless devices.

3 of 4: More tips for an effective student payment contract

3. Find an executive champion. Because the business office may encounter pushback from other departments regarding these agreements, “it’s helpful to have the support of a high-level administrator,” Burkhardt says. “Interdepartmental communication is also important because the business office must explain the forms and process to the registrar’s office and any other departments that help students register.”

What are best practices for wording the document?

A NACUBO committee’s 2015 advisory report offers model language to include in student financial responsibility agreements. While there are many key components to include, “the provisions that make sure institutions are in compliance with various federal laws and regulations are crucial,” Dickson says.

“Campuses may have other priorities, however,” Dickson says, adding that it’s important to check with counsel to ensure compliance with any state laws and regulations.

For the University of Cincinnati, the main focus is “the student agreeing that they are personally responsible for the debt associated with tuition, fees and miscellaneous charges posted to their account,” Wolterman says. “Our relationship is with them, not their parents.”

Still, he adds, the university maintains several channels of parent communication—including a parent portal and a process that allows for interaction with a parent (or friend).

At the University of Denver, “the blanket waiver for electronic communications is critical,” Burkhardt says. “It reinforces what the university considers to be the official communication channel for all information.” The waiver also gives the institution permission to send electronic tax forms—improving efficiency and reducing costs.

4 of 4: More tips for an effective student payment contract

4. Inform financial services staff. Make sure the bursar’s staff and others who will enforce the agreements have a clear understanding of the language in the agreement. They also must be comfortable explaining the agreements to students and must understand the process for obtaining signatures from the student, Burkhardt says.

Because the department already sends students new billing statements whenever aid or tuition and fees are adjusted, Burkhardt has never accepted a modified agreement.

“My standard response is that the agreement was crafted by university counsel and cannot be changed at will,” she says. “But I do alert counsel about new trends within the industry and new regulations.”

Those updates could result in the attorney making modifications.

After agreements are signed, students can always refer back to them when they have questions about their responsibilities or the institution’s financial processes.

At the University of Denver, students can view signed contracts via the student portal—which staff remind them of when students refute a charge, have questions about late fees or ask why tax forms have been emailed, Burkhardt says.  And if a student is sent to collections the signed form is sent to that outside agency.

At the end of the day, the financial responsibility agreement is good for the institution and worth having so everyone is on the same page. But administrators can keep in mind that it’s just another form in the lives of students—students used to being presented with terms and conditions all the time, whether it’s to access an app or for a Netflix subscription.