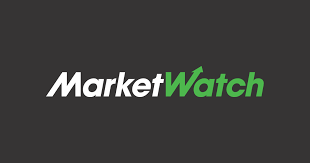 If the Department of Education’s decision isn’t upheld, they argue, their constituents could be at risk of exposure to predatory institutions

A group of state law-enforcement officials are hoping to get involved in a dispute between the Department of Education and a maligned college watchdog.

Six states attorneys general, including those from New York and Massachusetts, filed a motion Tuesday to intervene in a lawsuit filed by the Accrediting Council for Independent Colleges and Schools (ACICS) against the Department of Education over the feds’ decision to terminate the accreditor, which oversees hundreds of for-profit colleges.

The Department’s decision came just a little more than a month before the Obama administration left office. It’s unclear whether the Trump administration, which experts speculate will be friendlier to for-profit colleges, will aggressively defend the choice to shut ACICS down in court. If the state AGs are allowed to intervene in the suit, they could continue to defend the decision to terminate ACICS, even if the Department does not.

Accreditors like ACICS are private organizations that oversee colleges and serve as gatekeepers of sorts to federal financial aid. ACICS came under fire over the past few years, after lawmakers, state law-enforcement officials and others raised concern that ACICS wasn’t properly monitoring the colleges in its charge. Two of the major for-profit college chains under its purview — Corinthian Colleges and ITT Technical Institutes — filed for bankruptcy amid allegations of fraud.

Many of the states’ attorneys general requesting to intervene in the case have also brought action against some of the schools accredited by ACICS. If the Department’s decision isn’t upheld, they argue in their motion, their constituents could be at risk of exposure to predatory institutions.

A representative from ACICS declined to comment on the attorneys general motion.