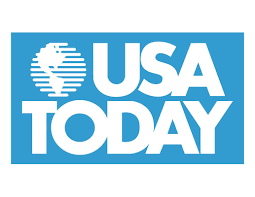 Other than the president, Richard Cordray, the head of the Consumer Financial Protection Bureau (CFPB), has more power than just about anyone in Washington. That’s not just a problem, it’s a threat to government of, by and for the people.

Let’s cut the spin. Everyone agrees that protecting consumers is good, but no one should be shocked to learn that there’s often a huge gap between what bureaucracies say they will do and what bureaucracies actually do. The CFPB’s defenders talk about standing up for the little guy but, in reality, the bureau consolidates vast power in the hands of Washington elites.

Americans reject the idea of limitless government. That’s why our Constitution divides power both vertically and horizontally. Vertically, we divide power among local, state and federal governments. Horizontally, we divide power among the legislative, executive and judicial branches. The CFPB attacks this system by snowballing power into one big, unaccountable bureaucracy.

The bureau’s mission to prohibit “abusive practices” sounds great. But all that power has little accountability. The bureau can unilaterally write rules for major sectors of our economy (that’s a legislative power) and unilaterally slap penalties on whom it chooses (that’s executive power). Its budget is on autopilot, with funding from the Federal Reserve completely outside Congress’ budget process. Atop this unaccountable mess sits Director Richard Cordray.

Our Founders would ask: How is it possible that Cordray doesn’t report to anyone elected by the people? The CFPB works overtime to crank out regulations. These rules can hurt folks on Main Street, families and local businesses that depend on community lenders and can’t afford well-connected lobbyists or armies of lawyers.

Save consumer protector: Our view

Nobody in his right mind thinks the lesson of 2016 was “give more power to the elites.” In a country of 320 million Americans, we don’t have room for any kings. A federal court ruled this unique structure unconstitutional and said its director must be removable by the president. It’s time to fire Richard Cordray.

Warren: GOP ramming DeVos 'down the throats of the American people'