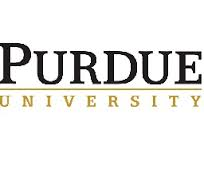 For in-depth analysis of the deal, see this report by Goldie Blumenstyk. For a report on the view from students and faculty members at Purdue, see this article by Eric Kelderman.

According to the filing, Kaplan will become a “nonprofit, public-benefit corporation” that “will operate as a new Indiana public university, as authorized by the Indiana legislature, affiliated with Purdue University and focused on expanding access to education for nontraditional adult learners.”

Some 32,000 current Kaplan students, according to the filing, will transfer to the new university, along with current Kaplan faculty and staff members, a total of about 3,000 employees.

The deal will work like this, according to the filing: Kaplan will essentially run the new university, providing the administrative backbone, and will be entitled to a fee equal to 12.5 percent of the new institution’s revenue (as long as the new institution has enough money to cover its operating costs, and meets a slew of other conditions detailed in the filing) during each of the first five years of its existence. The new university will be governed by a separate board, the members of which will be appointed by Purdue.

The deal has a 30-year term, which will be automatically renewed every five years. The new university can opt out of the deal at certain points, but would be required to pay a sum that would probably total millions of dollars to Kaplan. Both parties will have the option of ending the agreement if the new university suffers $25 million in cash operating losses for three consecutive years, or if cash operating losses reach more than $75 million at any point during the deal’s initial 30-year term.

“The new university will be distinct from others in the Purdue system, relying only on tuition and fund raising to cover operating expenses,” Purdue University said in a news release on Thursday. “No state appropriations will be utilized. It will operate primarily online, but has 15 locations across the United States, including an existing facility in Indianapolis, with potential for growth throughout the state. Indiana-resident students will receive a yet-to-be-determined tuition discount.”

In recent years, Kaplan has managed to avoid the negative publicity that has swarmed other for-profit colleges. But the mostly online university has seen the same downward enrollment trends that have prompted other for-profits to hunker down.

According to a Chronicle data analysis, five Kaplan programs in 2015 failed the U.S. Education Department’s gainful-employment rule, which aims to penalize programs whose graduates use a particularly large share of their earnings to pay back student loans.

One year into the pandemic, millions of jobs are still missing