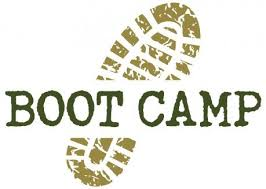 Enablers, but for Boot Camps

Ed-tech companies are seeing a new market of program management developing as colleges get into the coding boot camp business.

The rise of coding boot camps is creating a new market for companies that help colleges break into the business.

The growth in online education at public and private nonprofit institutions created what has been come to be known as online program management (OPM) providers — a term that encompasses companies such 2U, Academic Partnerships and iDesign, but also divisions of larger education companies such as Pearson and Wiley. Central to many of them is that they offer marketing, enrollment, instructional design and student support services to colleges looking to offer fully online degree programs.

Start-ups not affiliated with universities — think companies such as Flatiron School, General Assembly and dozens of others — already have a head start in the boot camp space. But the market is still developing, and the companies working with colleges to launch their own boot camps say higher education, with its tradition of offering continuing education, is well positioned to capture market share.

“The boot camp space doesn’t have to be owned by Silicon Valley-backed companies,” said Todd Zipper, CEO of the Learning House. “It could easily be brought to you by Ohio State University.”

Learning House has since its founding in 2001 established itself as an OPM provider that mainly works with small- and medium-size colleges. In 2015, the company made two acquisitions: Acatar, an education platform the company said would make it more competitive among prestigious universities, and the Software Guild, a boot camp provider.

“The Learning House is in the business of translating curricula from face-to-face to online, so we saw an opportunity there,” Zipper said about the company’s expansion into the boot camp business. He added that he views boot camps as a “logical extension” for colleges as well, given their history of teaching computer science.

Trilogy Education Services works exclusively in this market. The start-up is younger — it launched its first class in fall 2015 — but its list of clients already includes 18 universities, among them Northwestern University, the University of North Carolina at Chapel Hill and the University of California, Berkeley. About 10 of them have boot camps up and running.

Unlike Learning House, Trilogy focuses on boot camps where education is delivered mostly face-to-face. Its boot camp at the University of Texas at Austin, for example, meets three times a week — three hours each on Tuesdays and Thursdays and four hours on Saturdays — for six months.

“I thought that if we could combine the best of what higher education institutions provide and the format and some of the best practices of boot camps, we could have a very powerful combination,” Dan Sommer, CEO and founder of Trilogy, said in an interview. “Historically continuing education has been a center of innovation at many institutions — a place where there’s a lot of focus on meeting the needs of industry. There are certain areas where we at Trilogy believe we can supplement and support [them].”

Of course, not all colleges are choosing to partner with companies such as Learning House and Trilogy. Some, like Northeastern University, have launched boot camps on their own. Northeastern now offers its Level boot camp in five different locations in the U.S. and Canada.

Baker University, a private Methodist institution located southwest of Kansas City, Kans., was not in a position to go it alone, said Jacob Bucher, dean of the School of Professional and Graduate Studies. The college, which enrolls slightly under 3,000 students, turned to the Software Guild mainly for help with finding qualified instructors to teach programming in Java and .NET. The boot camp enrolled its first students last fall.

“We didn’t at the time have the faculty to launch a full-on coding bachelor’s degree,” Bucher said in an interview. “With higher education accreditation standards, it’s hard to find faculty — especially locally, because there’s a lot of money to be made in the private sector.”

The university is exploring additional ways to offer credentials other than college credit, and is considering additional programs to add to its boot camp lineup, Bucher said.

“We’re trying to find ways to deliver Baker education and meet the needs of our working adults and industry,” Bucher said. “Boot camps are one option.”

Several independent boot camps market their programs to potential students with money-back guarantees tied to job placement. Many states prohibit that practice, however, though it is in some cases unclear how the bans apply to boot camps.

Mindful of those rules, the colleges launching boot camps and the companies helping them are steering clear of making guarantees.

“We try to avoid making those claims and guarantees at all cost,” Zipper said, but added, “talking to people about results is a different thing.”

Similarly, Sommer said, money-back guarantees are “not something we need to do nor desire to do. If we’re providing a great service to students, we’re priced right and we’re delivering good results to students, that’s not an area of differentiation that we’re focused on.”

Awarding college credit to students who finish the boot camp programs could be a differentiating factor, but Sommer and Zipper said that idea has only reached the discussion stage at this point. Since boot camps typically attract working professionals either looking to add to their skill set or make a career change, colleges aren’t prioritizing awarding college credit.

“We’re not trying to force the issue, because we know we can make the model work without it, but we think over time it can open them up to a substantially larger buyer base,” Zipper said.

That audience — working professionals — presents a lucrative opportunity for colleges. Boot camp programs are normally priced between $10,000 and $15,000, and students generally pay the entire sum themselves. Baker’s program is priced at $8,500, but it is set to increase to $10,000, Bucher said. The university offers a $500 discount for alumni.

As with OPM providers, the companies helping colleges build boot camps normally pay for start-up costs and recover their investments through tuition revenue-sharing deals. Sommer declined to say how big a share of the tuition revenue Trilogy keeps, but he described the agreements the company makes with colleges as “extremely equitable.” Bucher said the university keeps less than half of the tuition revenue generated by its partnership with the Software Guild.