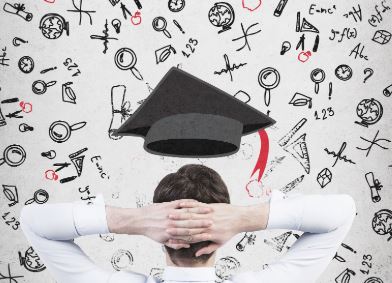 Inside Higher Ed
by Andrew Kreighbaum

Just over 13 years ago, Robert L. King moved on from the State University of New York system after a rocky tenure in his first stint as a higher ed leader.

The chancellor of the SUNY system from 2000 to 2005, he had lost the backing of trustees and key lawmakers and reportedly clashed with campus presidents before his departure.

But higher ed leaders who have worked with King in more recent stops greeted his nomination for a key post at the Education Department Tuesday with strong praise, crediting him with a conciliatory approach and deep knowledge of postsecondary issues at the state level.

If confirmed, King would be the first Senate-approved official charged with overseeing higher ed policy making in the Trump administration.

“I think he’s going to do a tremendous job. Bob has been really just a great leader here in Kentucky during his tenure,” said Jay Box, president of the Kentucky Community and Technical College System. “Bob has been excellent about reaching across from the universities to the community colleges to private institutions and trying to develop a true postsecondary education vision for Kentucky.”

King joined the Kentucky Council on Postsecondary Education in 2009 after a three-year stint as president of the Arizona Community Foundation.

Box said King brought a “true completion agenda” to the state after Kentucky had focused for much of the previous decade on expanding access to its higher ed institutions.

“Bob came in and put more of a focus on completion,” he said. “How many credentials are we producing? Are we closing the achievement gap for underrepresented minorities? And we’ve seen that kind of improvement in postsecondary education during his tenure.”

King’s role in Kentucky involves working with officials at every level of the political system, including the governor’s office, state lawmakers and campus leaders.

Gary Cox, president of the Association of Independent Kentucky Colleges and Universities, said King has advocated for colleges and universities of all types while demanding they try new ideas.

“He understands, recognizes and supports the role of independent higher education, though that doesn’t mean he doesn’t ask hard questions of us at times,” he said.

In recent months, Principal Deputy Under Secretary Diane Auer Jones has overseen higher ed policy making at the department while she has been delegated the roles of under secretary and assistant secretary for postsecondary education. She’s been the point person on initiatives like the new proposed rule-making process on accreditation and federal requirements like the standard credit hour.

The plan at the department is for Jones to stay on in both positions until King is confirmed, after which she would remain as principal deputy under secretary.

Jeff Andrade, a senior adviser at the McKeon Group, a consulting and government relations firm, said the skill sets and experience of Jones, who has worked at the department under multiple administrations, and King, who has spent his entire career at the state level, would complement one another.

King joined the SUNY system in 2000 after serving in the New York State Legislature and becoming a key ally of Republican governor George Pataki, serving as his budget director and director of the Office of Regulatory Reform. His appointment to SUNY was greeted with skepticism from some over his nonacademic background. And although SUNY did see successes early in his tenure, King locked horns with lawmakers over tuition increases, and some criticized him for prioritizing his fiscal conservatism and Pataki’s demands over the needs of the system.

The final straw may have been a proposal for a six-month sabbatical that would have paid him $170,000 plus a housing allowance.

Barbara Gelman Danley, president and CEO of the Higher Learning Commission, said she has known King since she was at Monroe Community College, in Rochester, N.Y., and he was the Monroe county executive. She said King even then had a keen interest in work-force development issues and the connection between higher ed institutions and local communities.

Gelman Danley said King has also sought to promote fairness and equity along with innovation in higher ed.

“He’s bringing a fresh perspective of what the pressures are on higher education,” she said.

Income-Share Agreement Providers Want to Woo Higher Ed. But Will It Work?