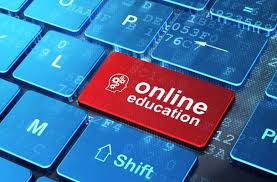 The share of college students taking online courses has grown, up by about 6 percent, even as the overall number of people enrolled in higher education institutions dropped by about half a percent. According to preliminary numbers issued by the U.S. Department of Education’s National Center for Education Statistics, of the 20.1 million students enrolled in fall 2017, 6.7 million were taking at least one distance education class, representing 33 percent of the total — a boost from 31 percent in the previous year.

The annual report is based on Integrated Postsecondary Education Data System (IPEDS) data collected from every institution participating in Title IV federal student financial aid programs (such as Federal Pell Grants or Direct Stafford Loans) during that academic year.

Growth was stronger among students enrolling in some online courses (6.8 percent) vs. those enrolled exclusively in online programs (4.4 percent). The largest growth overall was experienced by private nonprofits, where students taking only online courses rose by 8.2 percent year over year. The most sizable shrinkage occurred among students enrolled in exclusively distance programs in private for-profit institutions, which contracted by almost 6 percent between 2016 to 2017.

In four-year undergraduate programs, online growth was a robust 7.3 percent overall. In four-year public institutions, enrollments rose by 10.9 percent (an additional 230,000 students). That was followed by private nonprofits, which gained 8.5 percent and another 55,000 students. Four year private for-profits dropped by 7.4 percent, losing about 42,000 students.

Two-year private nonprofits saw online growth exceeding 17 percent; however, in sheer numbers, that represents a change from 2016 to 2017 of an additional 3,500 students taking online courses.

Pickup was strongest in graduate programs at public institutions that enrolled students in exclusively online courses. Those programs saw growth of 11 percent, representing the addition of some 32,000 students. Students attending some online courses in private for-profits grew by 9 percent, enrolling an additional 1,100 students.