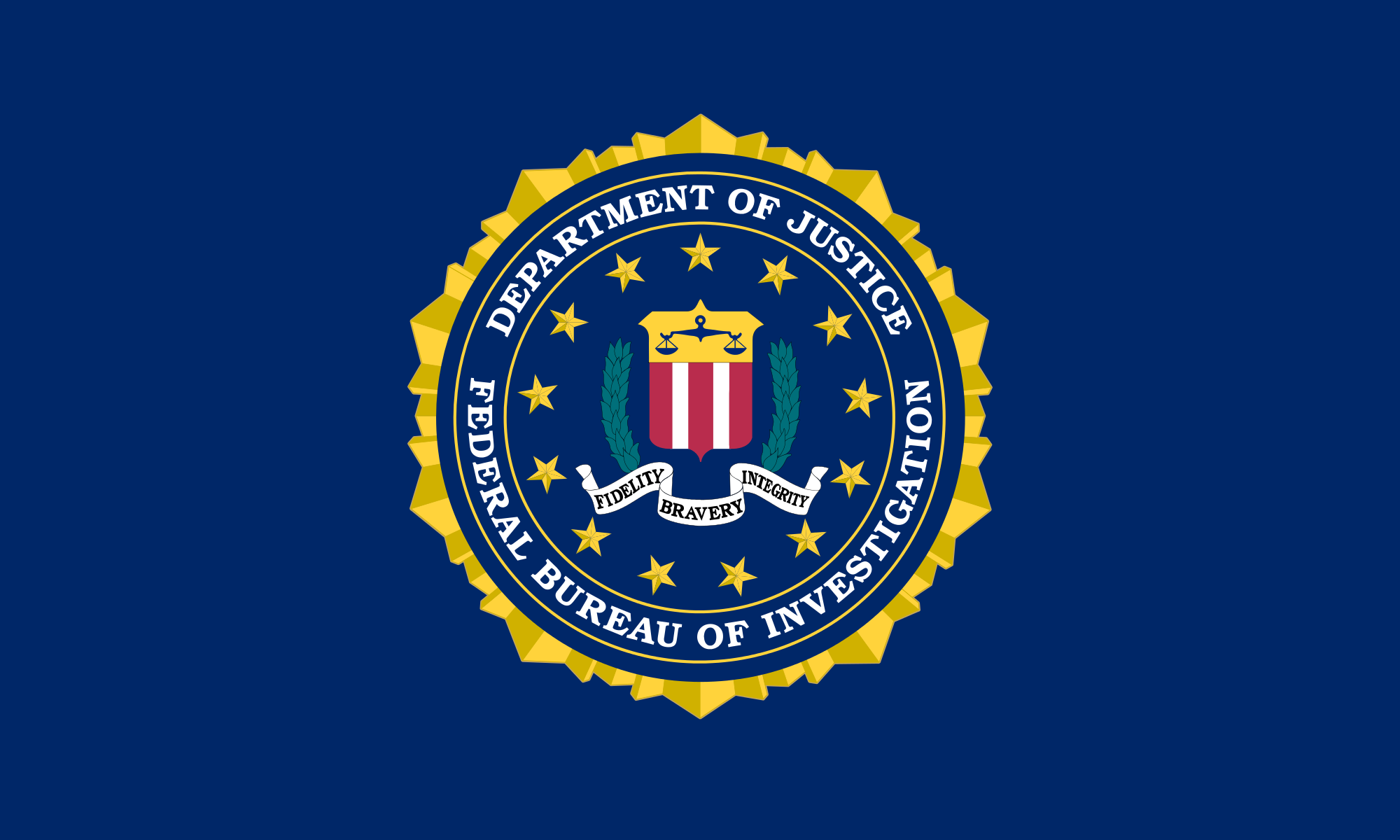 The University of Phoenix is still facing a federal investigation more than two years after a private equity firm with close ties to former President Barack Obama made a deal to purchase the for-profit college, despite one executive’s promise to operate “with the highest ethical standards,” The Daily Caller News Foundation has learned.

The Vistria Group is run by Martin Nesbitt, who’s been described as Obama’s best friend and is also chairman of the Obama Foundation. The Apollo Education Group, which owns the University of Phoenix, agreed to be bought in February 2016, and Vistria completed the $1.1 billion purchase a year later.

The deal included an agreement that Vistria Chief Operating Officer Tony Miller would serve as chairman of Apollo Education board of directors. Miller had previously served as the deputy secretary of education for the Obama administration, which was cracking down against for-profit universities through his tenure and beyond.

But despite the Trump administration’s sharp roll back of Obama-era regulations, the Federal Trade Commission has continued its investigation into the University of Phoenix.

Miller pledged Vistria would operate Apollo Education “with the highest ethical standards” when his firm purchased the company. At the time, the company faced multiple federal and state investigations for deceptive or unfair marketing practices.

FTC spokesman Peter Kaplan confirmed to TheDCNF that Apollo Education and the University of Phoenix are still under investigation, but would not comment on additional details. (RELATED: The Obama Administration Is Coming For The University Of Phoenix)

Democratic California Attorney General Xaviar Bacerra refused to comment about the status of his state’s investigation against Apollo Education.

“We can’t comment on, even to confirm or deny, a potential or ongoing investigation,” Bacerra’s office told TheDCNF.

Apollo Education did not respond to TheDCNF’s request for comment.

The University of Phoenix has seen its enrollment drop from nearly a half million to about 140,000 in 2016 in wake of Obama investigations and regulations against the university. The Obama administration’s regulations also forced Corinthian Colleges and ITT Technical Institute — two major for-profit universities — to close their doors in 2014 and 2016, respectively.

Vistria’s purchase took Apollo Education private following 22 years as a publicly-traded company. The move meant Apollo Education no longer had to file regular public reports to the Securities and Exchange Commission about the university’s activities, including the status of the federal and state investigations it faced.

“How opaque this all is now,” said higher education authority Dahn Shaulis, who publishes College Meltdown, a data and research driven site that monitors universities. Shaulis, who is critical of for-profit universities, told TheDCNF that all meaningful information has dried up after Nesbitt took the company private.

“Previously, you really had a good idea of what their enrollment was, looking at their balance sheet and their extensive SEC reports,” Shaulis told TheDCNF. “Now, that information has just disappeared.”

Apollo Education described in detail the investigations it faced in its 2016 10-K annual report, which was its last report as a publicly owned company.

The company disclosed that Apollo Education received a “civil investigative demand” from the FTC in July 2015. It said the commission wanted “to determine if certain unnamed persons, partnerships, corporations or others have engaged or are engaging in deceptive or unfair acts or practices in or affecting commerce in the advertising, marketing or sale of secondary or postsecondary educational products or services or educational accreditation products or services.”

The company added that the FTC inquiry was seeking information on a “broad spectrum of the business and practices of University of Phoenix.”  It noted that the commission was reviewing its “marketing, recruiting, enrollment, financial aid, tuition and fees, academic programs, academic advising, student retention, billing and debt collection, complaints, accreditation, training, military recruitment and other compliance matters.”

The company said the FTC asked for information relating to activities beginning in January 2011.

Apollo Education said it was cooperating with the FTC probe, but it refused to comply with the commission’s demand for documents, requiring the commission to request a federal court to force the company to cooperate with the investigation.

U.S. District Judge Susan R. Bolton for the District of Arizona compelled Apollo Education to comply with the FTC’s demands in a January 2016 order.

In the 2016 10-K report to the SEC, Apollo Education informed investors that it “cannot predict the eventual scope, duration or outcome of the [FTC] investigation at this time.”

Then-Attorney General Kamala Harris, a Democrat, began California’s probe into Apollo Education in August 2015 with an “investigative subpoena” issued against the company, which focused on “its recruitment of military personnel and veterans.” Harris is now a U.S. senator and is reportedly preparing a presidential bid for the 2020 election.

The California subpoena required the university “to produce documents and information regarding the business and practices of University of Phoenix relating to members and former members of the U.S. military and California National Guard, including marketing, recruiting, billing, financial aid, accommodation and other services for military personnel,” according to the 10-K.

There were revolving door and conflict-of-interest problems with Vistria and Apollo Education’s leadership, Politico reported in 2016. The outlet noted that “several key players are either close to top [Obama] administration officials, including the president himself, or are former administration insiders — especially Miller, who was part of the effort to more tightly regulate for-profit colleges at the very agency now charged with approving the ownership change.”

Nesbitt and Miller also turned to a number of prominent Democrats to lend it lobbying and legal influence when it faced a number of problems stemming from the Obama administration.

The Department of Education substantially weakened the student aid Title IV capital requirements from 25 percent to 10 percent, according to news reports. The 25 percent requirement imperiled the $1.1 buyout billion deal.

“I think every way you look at this transaction is questionable and suspicious,” Bush administration-era Department of Education Assistant Secretary Diane Jones, told the New York Post when the new capital terms were announced.

To help him with his relations with Congress, Nesbitt hired Jonathan Samuels — a former Obama White House aide who focused on lobbying Congress. He also hired Amy Brundage, Obama’s White House deputy communications director to head Vistria’s communications through her role with public affairs firm SKDKnickerbocker, according to USA Today.

David Halperin, an outspoken critic of what he calls “predatory” for-profit universities, disclosed in a June 2016 report that a number of other prominent Democratic operatives also work for Apollo Education. He identified two Hillary Clinton bundlers, Steve Elmendorf and Alfred Mottur, who served as lobbyists for the company as well as former Sen. Harry Reid senior advisor Jake Perry, who also served as a lobbyist.

In the acquisition, Nesbitt partnered with Apollo Global Management (which has no relation to Apollo Education) — an aggressive private equity firm to buy the university. The company describes itself as an “opportunistic investor” dedicated to “opportunistic buyouts and build-ups, corporate carve-outs and distressed investments,” according to the company’s website.

The Apollo Global’s strategy commonly includes massive employee layoffs and the closure of operations, according to the company’s website, which has occurred since the acquisition.

Nesbitt and Obama’s relationship has been close beginning in 1980 when he played basketball for Princeton University team along with Craig Robinson, Michelle Obama’s brother. Nesbitt played basketball games and golf with Obama, according to a lengthy profile in the Chicago Tribune.

Nesbitt’s wife, Anita Blanchard, is an obstetrician who delivered Malia and Sasha Obama. Nesbitt also acted as treasurer for the president 2008 campaign and heads the Obama Foundation, which is planning his presidential library.

USA Today ranked the University of Phoenix as one of “America’s Top 20 most-hated companies,” in February 2018, in part because of the many investigations, the layoffs and campus closures. It shared the distinction with scandal-ridden companies such as Weinstein Company, Equfax and Wells Fargo.