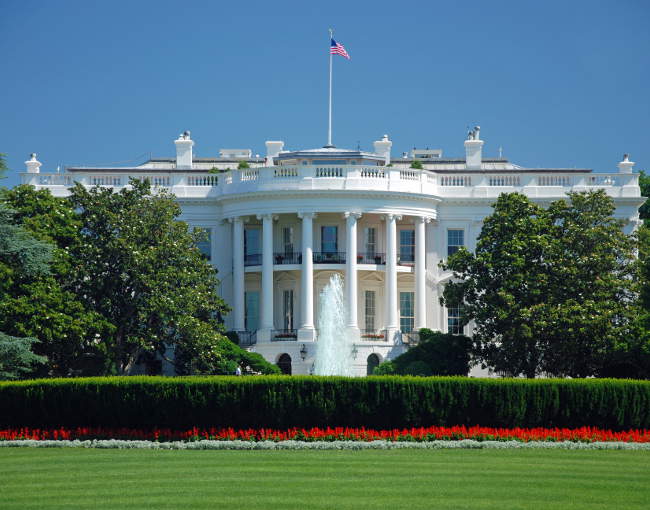 Much has already been written about President-elect Donald Trump’s unanticipated victory and the GOP retention of Congress last week. But what should the nation’s institutions of higher education — and the students they serve — expect during the Trump era?

Candidate Trump had little to say on higher education policy through the primary and general elections. What little he did say, however, largely centered around two core messages. First, federal student loan repayment plans should be more generous, and borrowers should be able to  refinance student debt. Second, endowments should be used to help make college more affordable.

With this blank slate, how should we start sketching out education policy for the next four years? The President-elect’s most profound impact on higher education will, of course, be his pick for Secretary of Education.

As with other top appointments, speculation is rampant. Former Indiana Governor Mitch Daniels and current Indiana Representative Luke Messer have been mentioned publicly in recent days for the nation’s top education post. And Gerard Robinson, resident scholar at the American Enterprise Institute, appears to be on the list as well.

Trump’s eventual pick will steer federal education policy. Until then, we can look to the priorities of the GOP in Congress to see what may be in store.

Republicans in Congress have been outspoken in their concerns about regulatory over-reach at the Department of Education during the Obama years. Eliminating or modifying those Obama-era priorities will likely be at the top of their priority list.

Representative Virginia Foxx (R-NC) has been one of the Obama Administration’s most vocal critics on education. Foxx is widely expected to chair the EdWorkforce Committee next year. After the election last week, Foxx said, “Our number one priority is blocking and repealing Obama administration rules and regulations.”

Over the past few years, the GOP unsuccessfully tried to repeal or delay their least favorite regulations in appropriations policy riders. Newly-emboldened Republicans could start the regulatory rollback as early as the lame duck session. At the top of the list are two of the Obama Administration’s signature education regulations, which have also proven highly controversial: gainful employment and borrower defense to repayment.

Both regulations exceed 900 pages, and both are part of the Obama Administration’s crackdown on for-profit colleges and universities. Stock prices of the publicly-traded for-profit colleges soared with the news of Trump’s election. The White House-led multi-agency task force that has been coordinating efforts against for-profit schools will likely cease its work after Trump’s inauguration.

Gainful employment creates minimum debt-to-income ratios that institutions must meet or else lose access to federal aid. Over the last eight years, the Department of Education wrote and then rewrote this rule. Because most nonprofit and public institutions are exempt from the rule, it disproportionately impacts for-profit colleges. In fact, if the rule applied to all institutions, many well-regarded programs at the nation’s leading universities would fail.

Measures to defund or delay gainful employment have appeared in appropriations policy riders in recent years, but each time, the opposition of some Democrats in Congress has prevented their inclusion in the final legislation.

Borrower defense to repayment is a much newer rule, released just days before the election. The rule seeks to update the process whereby borrowers seek to have their student loans discharged based on alleged misdeeds by their institution. Unlike gainful employment, this rule applies to all colleges and universities.

During the notice-and-comment period, many national associations expressed their concern over the new rule. Much of that concern centers around the overly-broad definition of “misrepresentation” could make institutions vulnerable to voluminous and seemingly-frivolous claims for debt forgiveness.

Because borrower defense to repayment is so new, the current Labor-HHS-Education bills were written before the rule was finalized. The GOP could insert a policy rider into a final appropriations bill to defund or delay the rule. Alternatively, both houses of Congress could pass a joint resolution of disapproval of the rule under the seldom-used Congressional Review Act, which President-elect Trump could sign once in office.

The Trump Administration could also choose to keep the rule but narrow it significantly. That way, institutions could avoid frivolous claims and borrowers who have been victims of intentional misrepresentation or fraud would still have a pathway to debt relief.

Next steps for major education legislation

More broadly, the best opportunity for the GOP to make a lasting impact on higher education in the Trump era will be the reauthorization of the Higher Education Act (HEA). This is the law that authorizes most federal higher education programs, including Pell Grants and federal student loans.

The incoming administration has a long list of priorities, and higher education is not at the top of that list. We anticipate that the new leadership at the Department of Education will simply stop implementing the Obama-era rules that they do not like. Meanwhile, Congress will work on the already-underway reauthorization of the Higher Education Act. When passed, the Department could then turn to re-regulating that new law as it sees fit – and in the process clear out any lingering Obama-era rules that the agency does not like.

In the 114th Congress, Senate HELP Chair Lamar Alexander (R-TN) and Ranking Member Patty Murray (D-WA) found common ground and used old-fashioned compromise to pass the reauthorization of the Elementary and Secondary Education Act (ESEA). Alexander planned to turn immediately to the Higher Education Act after completing its K-12 counterpart, but with the election in full swing, the clock ran out, deferring action to the 115th Congress.

Much work has already been done. Hearings have been held and many bills have been drafted. Staff have been working behind the scenes for more than a year. Murray has stated that she wants to remain atop the HELP Committee next year.

There appears to be consensus around several broad principles and issues to guide the legislation: College affordability, accountability for outcomes, accreditation reform, financial aid simplification, and deregulation. The reauthorization likely will deal with many other topics as well, including the role of the Office of Civil Rights in providing protections to victims of sexual assault and transgender students and employees. With the House and Senate in GOP hands, Senator Bernie Sanders’s (I-VT) free college plan is now all but D.O.A. in the new Congress.

Why bipartisanship may still prevail

Congress already has a template for bipartisan reform of higher education regulations.

In 2013, a group of four senators on the HELP Committee formed the bipartisan Task Force on Federal Regulation of Higher Education. With Alexander, Senators Barbara Mikulski (D-MD), Michael Bennet (D-CO), and Richard Burr (R-NC) appointed 16 higher education leaders to the Task Force, which was in turn chaired by the presidents of the University of Maryland and Vanderbilt University.

In the resulting report, released in 2015, the Task Force noted that “the Department of Education has an increasing appetite for regulation.” The accompanying regulations of concern – including gainful employment – and recommendations for improvement provide a bipartisan, focus-tested framework for reform. Turning the Task Force report into legislation should be one of the main pieces of the reauthorization of the Higher Education Act.

Expect reauthorization to take at least a year to make its way through Congress. Also expect Alexander and Murray to forge quiet compromise and drown out the chatter around town that will inevitably surround the new president. With only a narrow majority in the Senate, Alexander knows he will need bipartisan support to pass reauthorization.

Foxx too will work with her counterpart, EdWorkforce Committee Ranking Member Bobby Scott (D-VA), on the bill. As was the case with rewriting the K-12 law, the bill that initially makes its way out of EdWorkforce should be fairly partisan. Foxx and Scott will then come to the table to stake their claim on top priorities and iron out differences in an eventual conference committee.

Colleges and universities should prepare for a very different Department of Education. And not just for-profit schools stand to benefit. All institutions should experience regulatory relief in the Trump era. What does remain to be seen is how research funding and appropriations will fare during the Trump years, in light of a GOP Congress animated largely by constraints on domestic discretionary spending.

With Congress on the precipice of what could be the most dramatic rewrite of higher education law in decades and with a new sheriff at the Department of Education, get ready to engage.

This article originally appeared on Law360.