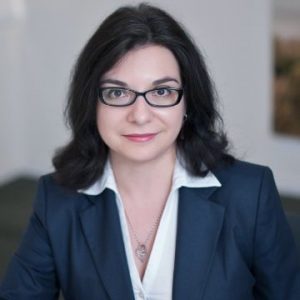 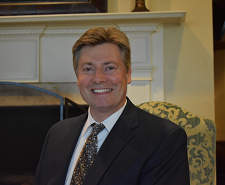 FEDERAL REVEAL: WHAT IS COMING

Join CECU’s Jason Altmire as he ponders the present “situation” at the Federal level and presents possible scenarios and outcomes for this year and beyond.

Dr. Jason Altmire is President and CEO of Career Education Colleges and Universities. Before joining CECU in 2020, he was a senior executive for two multibillion-dollar health care companies and served three terms in the U.S. House of Representatives.

During his time in Congress, he was particularly active on veterans’ issues, authoring nine different provisions relating to veterans that were signed into law. He served as chairman of the House Small Business Subcommittee on Investigation and Oversight and was an active member of the House Subcommittee on Higher Education. There, he successfully led passage of several of his legislative initiatives, including incentives for partnerships between businesses and colleges to match curriculums to future workforce needs.

It’s reunion time at the U.S. Department of Education, with several former Obama Administration officials in senior positions at ED, joined by former campaign staff for Senator Elizabeth Warren and VP Kamala Harris, former Consumer Financial Protection Bureau staff, and former staff for several D.C. education “think tanks. “Where will this diverse mix coalesce on priorities and how may it impact the sector?

Katherine D. Brodie leads the Washington, D.C., team of the firm’s national education law and policy practice and serves as a Team Lead for the Duane Morris Education industry group. She is one of a small number of attorneys in the United States with a daily practice devoted primarily to the needs of educational institutions (nonprofit, public and proprietary), education associations, education companies and investors in education. She has a strong interest in supporting mission-driven educational institutions and their partners to effectively lead and adapt to the rapid pace of change in the U.S. education sector while maintaining high quality educational services as measured in cost, accessibility and student outcomes.

She is a frequent speaker and writer on higher education topics and trends and, as a registered federal lobbyist, advocates before the U.S. Congress and U.S. Department of Education on education policy reform and funding proposals.

Join three of the most interesting Accrediting top executives in the country where they talk about the State of Accreditation this year and future outlooks for their Accrediting Bodies and accreditation in general.

India Tips currently serves as the Executive Director of the Accrediting Bureau of Health Education Schools (ABHES). She is responsible for overseeing the daily operations and all accreditation activities, including the review and implementation of Commission-directed actions. She serves as the liaison to state and federal regulatory bodies, including the U.S. Department of Education, national and other accrediting agencies, and credentialing bodies in the health field.

Ms. Tips joined ABHES in November 1995. In her 25-year tenure, her experience spans the full spectrum of accreditation, membership services, and operations. She developed the educational content and curricula for the required training’s for initial and renewal applicants where she has been the lead presenter for nearly 15 years. She has participated in and supported efforts for more than five petitions for re-recognition by the U.S. Department of Education. Ms. Tips also serves as the staff liaison to the Commission’s Standards Review Committee (SRC) charged to review all components of the Accreditation Manual to ensure its content is relevant, adequate, and predictive of successful qualitative outcomes. She has been instrumental in the management and successful execution of 16 conferences serving more than 400 attendees and exhibitors annually, and has performed hundreds of accreditation visits to institutions seeking initial and renewal ABHES accreditation.

EDUCATION
Bachelor of Science Degree in Mathematics from the University of Pittsburgh, in Pittsburgh, Pennsylvania

Dr. Leah Matthews began serving as the DEAC Executive Director on April 1, 2013. Dr. Matthews comes to DEAC from her previous position as Vice President for Recognition Services at the Council for Higher Education Accreditation (CHEA), the national coordinating organization for higher education accrediting organizations. In that role, she managed the CHEA recognition process for 60 accreditors that provide regional, national and programmatic accreditation. Prior to working with CHEA, Dr. Matthews served nearly 12 years on the staff of the Accrediting Commission for Career Schools and Colleges. Prior to joining ACCSC, Dr. Matthews worked for five years as a civilian based at the U.S. Army Japan Headquarters in Zama, Japan where she directed family support services and education programs for children and youth. Dr. Matthews also taught for several years in the Baltimore City Schools system.

Dr. Matthews frequently speaks on the topic of accreditation and distance education. She served as a non-federal negotiator for the U.S. Department of Education's 2014 and 2019 Rulemaking Sessions on multiple areas that included distance education and state authorization. Dr. Matthews served on the steering committee and executive council of the WICHE Cooperative for Educational Technologies (WCET) from 2016-2019, and as vice president of the International Network for Quality Assurance Agencies in Higher Education (INQAAHE) board of directors from 2018-2020. She currently serves as a board member of the National Council for State Authorization Reciprocity Agreements (NC-SARA) and serves on the SHEEO Digital Learning Advisory Group and the NASAA Advisory Council.

Dr. Matthews earned a Bachelor of Arts in Music and Education from Westminster College, New Wilmington, PA; a Master of Public Administration from the University of Oklahoma and a PhD in Higher Education from George Mason University, Fairfax, Virginia

Up From the Depths: The California Legislative Update

Another year and another six thousand bills introduced into the California Legislative process, with the likelihood that two thousand will be passed into law. Join CAPPS Executive Director, Robert Johnson and CAPPS contract Lobbyist, Matt Back as they peer into the political sausage making underway in Sacramento and talk about the bills that directly affect your Institution. 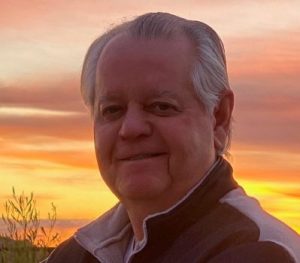 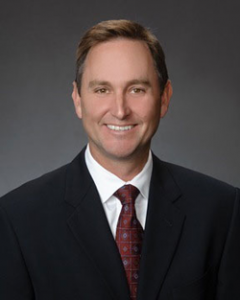 Matt Back, Matt Back Government Relations 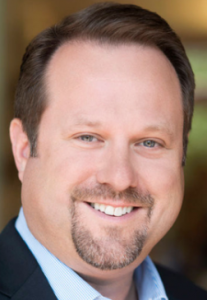 Join Rob Stutzman who is one of the “people” that “people” talk to when trying to figure out the ins and outs of the California political process. There is a lot to unwrap this year and Rob is one of those who can do it.

Rob was deputy chief of staff for communications to Governor Arnold Schwarzenegger. In this capacity, he oversaw press, speechwriting and public appearances for California’s populist celebrity governor. He also served as co-communications director in the historic California Recall of 2003 that placed Schwarzenegger in office.

Rob’s current and past clients include Fortune 500 companies, trade associations and private firms spanning a multitude of industries including entertainment, technology, agriculture, manufacturing and consumer products.

Previously, Rob logged a career working in state and national political campaigns and for elected officials. Notably, he served as communications director for the California Department of Justice and Attorney General’s Office.

Rob is a third generation Californian. He is a frequent speaker on California politics and public policy and regularly appears on television news shows as a political commentator. His opinion articles have been published in most major California newspapers.

Join our panel of experts as they discuss where the reauthorization is headed and what to expect from the ever- expanding BPPE.

Matt Back, Matt Back Government Relations 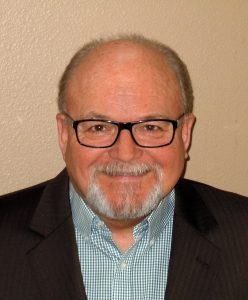 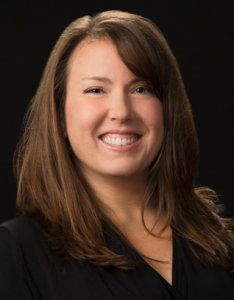 DEPARTMENT OF CONSUMERS AFFAIRS GOES FRONT AND CENTER THIS YEAR.

With reauthorizations from high profile DCA Boards and Bureaus, the roles and responsibilities of the Department are taking a front seat as the Legislature stamps its disapproval or approval on various proposals.  Hear from the DCA Director Kimberly Kirchmeyer on the department’s ongoing efforts to serve and protect California’s consumers as well as goals and objectives for the year.

This Way Madness Lies: The Reauthorization of the Nursing Boards.

On the heels of the explosive reauthorization hearing with the BVNPT and the whistle-blower staff complaints at the BRN hearing, the Legislature has its hands full with these critical Nurse regulatory Boards. It is safe to say that all is not well in nurse-land and our expert panel will discuss from an Institutional perspective what we as a sector would like out of the reauthorizations.

Edward M. Cramp represents institutions of higher education around the United States in accreditation, regulatory, litigation, and transactional matters. He also serves as the managing partner of the firm’s San Diego office.Mr. Cramp is active in the private postsecondary education community. He regularly speaks at conferences and events throughout the country on a variety of issues.

Mr. Cramp served as a judge advocate in the United States Navy, where he was appointed to the rank of Lieutenant Commander. During his time in the naval service, he defended numerous matters before courts-martial and administrative boards. He also represented the interests of the United States in claims brought against and on behalf of the Navy.

Mr. Cramp is a strong advocate of diversity and inclusion in the workplace and LGBTQ rights. He serves on the steering committee of the firm’s Diversity & Inclusion program. He regularly represents members of the LGBTQ community in civil rights matters on a pro bono basis and is active in the local LGBTQ community.

Mr. Cramp is admitted to practice in California and Illinois. He is a graduate, with honors, of the Illinois Institute of Technology's Chicago-Kent College of Law and a graduate of the University of California, Riverside. 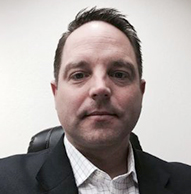 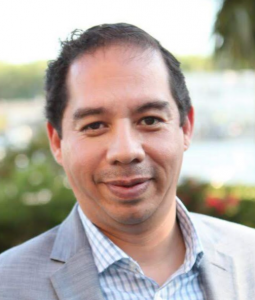 Creative Teaching Strategies for Educators in the Virtual World, What a Trip!

Every great trip has a terrific destination.  Are you there yet? Are you now teaching learners in a variety of locations virtually or in blended ways?   How will you get where you need to be?  Explore some specialized teaching strategies you can incorporate immediately into your classes.  Direct new learning approaches whether you want to move quickly or slowly through your journey. Discover “souvenir” teaching strategies you can take back and use going forward.   Gain some teaching tools to translate 2021 into a valuable, memorable learning experience worth the wait. 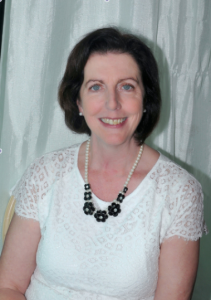 Michele Deck presents nationally and internationally on innovative teaching methods in the field of health care education and training for over 35 years. She is the recipient of many honors and awards for her creativity, innovation, productivity and exemplary leadership qualities. Honors include Association of Nurses in Professional Development (ANPD) prestigious Belinda E. Puetz Award, election to Sigma (formerly called Sigma Theta Tau) National Nursing Honor Society, Business Woman of the Year by the National Business Council.  She is co-founder and chief executive officer of G.A.M.E.S., a company that specializes in seminars on adult learning and interactive training methods, and Tool Thyme for Trainers, a company which supplies innovative and creative presentation tools for educators worldwide. She has authored twelve books on creative and involving ways to teach adults.  She is a past president of Lamaze International and it’s current Accreditation Chair.  She served on ANPD’s Education committee and was a member of the Editorial board of the Journal For Nurses in Professional Development for 8 years.

What gifts do you bring to your job? Are you looking for some new ideas for teaching hard to grasp concepts like trust and collaboration? Come to this session and discover some teaching methods that can bring out the best in your learners and yourself.

Know White and Her Seven Learners Plus One

Michele Deck | We train people to be winners!

Have you ever wondered how to make content memorable for your learners? Noticed that there are several different ways to reinforce important information for your learners? Let "Know" White introduce you to her learners.  This session compares eight cartoon characters to the eight frames of mind according to Dr David Lazear, et al., the recognized experts in learning styles.