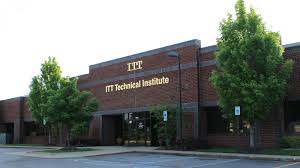 ITT Technical Institute (ITT Tech), a chain of for-profit schools of higher education, closed more than 130 campuses in 39 states after the Department of Education (DOE) imposed financial sanctions on the company.

ITT Technical Institute (ITT Tech), a chain of for-profit schools of higher education, closed more than 130 campuses in 39 states after the Department of Education (DOE) imposed financial sanctions on the company.

DOE announced on its blog in August ITT Tech’s decisions over time “have put its students and millions of dollars in taxpayer funded federal student aid at risk. In response, over the last couple of years, we at the Department of Education have increased our financial oversight over ITT and required the school to boost its cash reserves to cover potential damages to taxpayers and students.”

DOE said ITT Tech had “failed to address its accreditor’s concerns,” and in response, the department would no longer allow the school to enroll new students who receive federal aid, and it would be “slowing down when ITT receives student aid from the government to ensure that ITT is handling its finances properly.”

“In case the school’s actions cause it to close, we’re increasing the amount of cash reserves it must send us and we’re ending its installment payment plan for the amount previously required,” DOE stated.

‘Complete Disregard’ of Due Process

After the announcement of the new sanctions, ITT Tech announced in September, “The actions of and sanctions from the U.S. Department of Education have forced us to cease operations of the ITT Technical Institutes, and we will not be offering our September quarter.”

ITT Tech said in its statement the “complete disregard by the U.S. Department of Education for due process to the company” will negatively affect “hundreds of thousands of current students and alumni and more than 8,000 employees.”

Students who attended ITT Tech face two choices, U.S. Secretary of Education John King said in a September letter to ITT Tech students. Their loans may be discharged under a federal “borrower defense to repayment” program if they can show they were defrauded, or they may be able to transfer their credits to another institution. If the loans are discharged, taxpayers could be responsible for as much as $500 million.

‘Forced Out of Business’

“ITT was forced out of business by a monopolistic government regulator, the U.S. Department of Education, which placed unreasonable rules on ITT and other for-profit educational providers while allowing not-for-profit competitors with extremely poor records of performance to continue,” Vedder said.

Steven Gunderson, CEO of Career Education Colleges and Universities, says DOE’s pressure on ITT Tech was “based only on allegations, not on proven facts.”

“We’ve got to find a fair process,” Gunderson said.

Vedder says the current administration is a threat to the for-profit higher education industry.

“I only hope that the remainder of the for-profit industry survives the few months remaining while the war waged on it by the Obama administration continues,” Vedder said.

The New Congress and Higher Ed