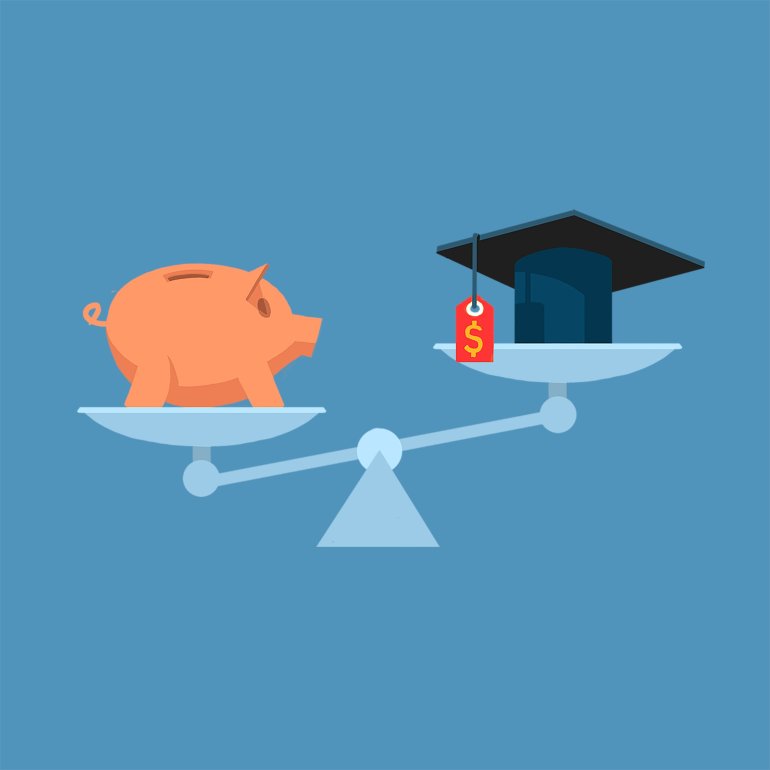 This month the U.S. Education Department announced a proposal to remove a set of higher education regulations meant to punish college programs that turned out to be bad deals for students—specifically, ones whose graduates’ student-loan payments were higher than a specific portion their incomes.

The policy, known as “gainful employment” was proposed in 2011 under the Obama administration to hold higher-ed institutions accountable to student outcomes after a string of for-profit colleges were accused of fraud, including massive closures like ITT Technical Institute. Yet as the policy faces threats of repeal, a tuition financing model that emerged with similar goals around tying student outcomes to accountability is quietly gaining more attention.

An income-share agreement (ISA) is a form of tuition financing where students pay back a percentage of their income after they graduate, rather than taking out loans or paying for tuition up-front.

The model has grown popular at non-accredited education programs such as coding bootcamps, where students don’t have access to federal student loans and grants. But increasingly, income-share agreements are showing up on traditional campuses, too. Take Purdue University, which in 2016 launched its “Back A Boiler” program, where students can choose to finance their education by paying nothing now and forking over a percentage of their income after graduating for up to 10 years.

Purdue works with income-share agreement provider Vemo Education to provide the alternative financing option. The startup, which was founded in 2015, currently works with 30 institutions, including six colleges and universities, some coding bootcamps, and a few other alternative education providers.

According to Katie Blot, who recently joined Vemo as chief operating officer, the company has its sight set on growing the number of traditional colleges and universities it partners with. “One of the things I’ll be focused on with the team is, ‘how do we expand the number of partners that we have in that traditional education market?’” says Blot, who joined Vemo after working as the chief strategy officer at Blackboard.

Blot, who also previously served as the CIO at the Department of Education during the George W. Bush administration, sees a parallel between the financing model her company helps higher-ed institutions set up and the gainful-employment regulations the Department is trying to roll back.

Namely, she says, both emerged from the idea of “workforce readiness being a critical outcome that we expect from our education system.”

Gainful employment is a policy embodiment of that notion, says Blot. Under the rules, which targets for-profit colleges and certificate programs at nonprofit universities, institutions that receive federal funding through Title IX must prove their graduates can land a job. And the regulation strips institutions of federal aid funding if most graduates can not earn enough money to repay their loans.

“ISAs are an alternative financing model that gets to the same thing,” Blot says. “I think ISAs are taking off and getting political support because of their link to the outcome of workforce readiness.”

Some lawmakers have worked to use federal policy to make ISAs easier to offer. In 2017, for instance, lawmakers including Sen. Marco Rubio (R-Fla.) and congressman Todd Young (R-In.) introduced a bill that would classify ISAs as a “qualified education loan.” However that proposal has yet to pass the House or Congress.

Clare McCann, deputy director for federal higher education policy at the policy think tank New America, also points to similarities between ISAs and gainful employment. “Both are trying to get at a similar concern that students have unaffordable amounts of debt,” she tells EdSurge.

But McCann is less convinced that ISAs actually put the same kind of “skin in the game” that gainful employment rules would require.

“The big distinction here though is who is bearing the brunt of it,” says McCann. “With income-share agreements, as with student loans, borrowers are the one who bear the brunt of that failure of the institutions. They take on debt. Gainful employment rules intended to shift that debt on to the institution… If you don’t meet this standard and can’t improve, we are no longer sending taxpayer dollars.”

Advocates of ISAs, however, say the model shifts some of the risk of debt back onto the institution or lender. For example, at Purdue, the university’s endowment covers the up-front cost to get a student through college. But the college only starts to recoup the money after the student graduates and lands a job that pays at least $20,000 per year.

And McCann is skeptical that the risk of an ISA provider or institution losing money on individual students could be as strong of an incentive as gainful employment regulations. “It’s not going to have the same kind of effect that the threat of loss of Title IX could have,” she says.

In addition to Purdue, other colleges and universities have also began offering or investigating options around ISAs. But there is still an enormous gap when it comes to research around long-term outcomes and sustainability for the financing model. One important unanswered question is whether ISAs help or hurt low-income students and students of color.

“ISAs bring the private market back into lending in a way that could have serious equity implications,” says McCann. “Students of color and low-income students had limited options in the private market, and predatory options were the only thing available to them. That’s the problem that the federal loan market was trying to solve.”

Blot sees this early stage as an opportunity to get ISAs right. Offering minimum income thresholds, fixed repayment time frames and a maximum total payments she says, “are a couple of the things that we feel very strongly about.”

As for how or if removing gainful employment could affect ISA providers or institutions offering them, Blot and McCann appear to see eye-to-eye: It’s unlikely.

“I just don’t think people are doing [ISAs] because of the policy side of it,” says Blot. “They’re doing it because of what they’re hearing from students.”