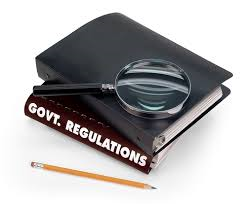 New final guidance published Thursday by U.S. Citizenship and Immigration Services will change the way international students and visiting scholars on F, J or M visas are found to accrue “unlawful presence” in the U.S., a determination that could subject them to future bars on re-entry. Individuals who accrue more than 180 days of unlawful presence during a single stay in the U.S. are subject to three- or 10-year bans on re-entering the country.

The final policy guidance holds that unlawful presence will begin accruing the day after a student stops pursuing a course of study or otherwise violates his or her immigration status, rather than — as was the case under the previous policy — the day after the Department of Homeland Security issues a formal finding of a violation in the course of adjudicating a request for another immigration benefit or the day after a judge issues an order of deportation.

Immigration lawyers and international education professionals had raised concerns about a draft version of the guidance, specifically about whether students would have the opportunity to contest alleged violations of their immigration status, and even whether they would necessarily know about them in all cases until after more than 180 days of unlawful presence had already accrued. NAFSA: Association of International Educators wrote in a comment on the draft guidance that the then-proposed change was “operationally complex and may lead to wrongly identifying a large number of foreign students and exchange visitors as failing to maintain lawful status, thus unfairly subjecting them to the 3-year, 10-year, or permanent bars to re-entry to the United States.”

USCIS says the change is necessary to reduce visa overstays, and notes that its capabilities for monitoring whether students fall out of status have improved since the previous policy was put in place in 1997. The most notable change since then was the creation of the Student and Exchange Visitor Information System, a monitoring system for international students and scholars kept up-to-date by designated college officials.

The final guidance issued Thursday is similar to the draft guidance, with one significant change: it stipulates that international students on F and M visas will not accrue unlawful presence for time out of status while a “timely-filed” application for reinstatement is pending. To be considered timely, a reinstatement application must be filed within five months of the alleged status violation. NAFSA has published its analysis of the final policy guidance here.