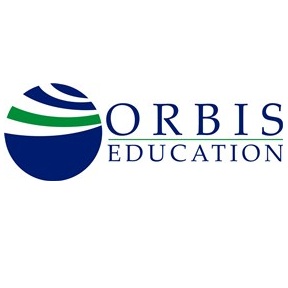 This summer, GCE went from went from being a for-profit university operator to an education services provider with a single client: GCU, which the company sold this year to a newly formed nonprofit.

As Mueller noted in a November investor call, GCE now provides the nonprofit university with technology, academic, counseling, support and marketing services in return for 60% of GCU’s tuition and fee revenue, according to a Seeking Alpha transcript. In the fiscal quarter that ended Sept. 30, GCE made revenue of about $155.5 million from the arrangement, down 34% from the previous year, according to regulatory filings. During the same period, the company’s net income fell by 14%.

In addition to being GCE’s CEO, Mueller also serves as president of GCU, which enrolls more than 95,000 students.

The acquisition of Orbis could go a long way to diversifying GCE’s client base. Alexander Paris, an equity analyst with Barrington Research, wrote Thursday that the deal “has only bolstered our confidence that management will deliver on its plan of adding high‐quality, premium institutions,” according to a client note emailed to Education Dive.

Paris said Orbis’ revenue this year is estimated to be $62 million and could grow 35% annually for the next three years. The estimate is based on its contracts with the university, which he noted provide for a 55% to 70% share of program revenue.

Orbis’ CEO, Steve Hodownes, was previously CEO of the College of Online and Continuing Education at Southern New Hampshire University and is credited with helping grow the college’s online revenue from $18 million to more than $400 million. The company currently supports programs at 17 universities around the country.

Hodownes said in a statement that the deal with GCE would allow Orbis to “increase the pipeline of exceptionally well-qualified licensed healthcare professionals that our healthcare partners need to meet the growing demand.”

GCE sold assets — and liabilities — to GCU this summer after a previous attempt to convert to a nonprofit failed when the university’s accreditor rejected the move. The sale earlier this year occurred in a period that is seeing other for-profit conversions to nonprofits.

The move can ease the stigma and regulation that comes with for-profit status, but critics say colleges have been able to still provide profits to their owners through nonprofit structures. GCU’s tight financial relationship with GCE, as well as Mueller’s dual role, has already drawn fire from some.