The U.S. Department of Education’s Office of Inspector General has released the results of a much anticipated high-stakes audit of Western Governors University, with negative findings that could threaten the large online university and, more broadly, the growing field of competency-based education.

Citing concerns about an inadequate faculty role — which the competency-based university contests — the inspector general called for the department to make WGU pay back at least $713 million in federal financial aid.

Experts said the Trump administration is unlikely to follow through on the inspector general’s recommendations, which the department can reject. The department has signaled that it will be a less aggressive regulator than it was under the Obama administration.

WGU enjoys a good track record with its accreditor and broad bipartisan support in Washington, with the Obama administration having often praised the university as an innovator.

The findings of the audit, which began more than four years ago, were not a surprise to most observers.

That’s because the Office of Inspector General, which is led by Kathleen Tighe, relied on a 1992 federal law that defines aid eligibility for distance education programs, which many have said poses a problem for WGU, some other competency-based programs, and possibly online education writ large.

The audit report said most courses at WGU do not meet the distance education requirement because they were not designed for regular and substantive interaction between students and faculty members. Those courses instead should have been labeled as correspondence courses, according to the inspector general.

Under the law, a college is not eligible to receive federal financial aid if more than half of its courses are offered via correspondence or if most of its students are enrolled in correspondence courses. The inspector general’s audit report said 62 percent (37,899) of the 61,180 students who were enrolled at WGU in 2014 took at least one of 69 courses (among 102 courses in the university’s three largest academic programs) that failed to meet the distance education requirements.

“None of these 69 courses could reasonably be considered as providing regular and substantive interaction between students and instructors, the key requirement to be considered a course offered through distance education,” according to the report. “Therefore, Western Governors University became ineligible to participate in the Title IV programs as of June 30, 2014.”

The university rebutted the report, both in responses to the inspector general that were included in the final report and on its website.

“Western Governors University respectfully, but strongly, disagrees with the findings in the Office of Inspector General’s draft audit report. WGU is, and has always been, fully compliant with Department of Education regulations since our founding 20 years ago by 19 U.S. governors,” the university said in a May letter to the inspector general. “Our innovative learning model, which has the support of the law, the department, our accreditor and policy makers, is validated by the outcomes WGU is delivering for our 82,000 students and 81,000 graduates.”

In previously released audits, the inspector general has questioned whether some competency-based programs should be classified as being of the correspondence variety. Others have criticized the departmentand accreditors for their scrutiny of competency-based programs, particularly those that do not rely on the credit-hour standard. (The department must approve these so-called direct assessment programs, determining whether they have an adequate faculty role in the process.)

WGU uses the credit-hour standard, even though the U.S. Congress passed a law exempting it from certain requirements relating to the standard.

However, the inspector general found that the university’s unbundled (or disaggregated) faculty model, which is considered one of its primary innovations, runs afoul of federal distance education requirements.

Students at WGU are assigned a faculty member, called a student mentor, when they first enroll. Faculty mentors have at least a master’s degree in their field and are well versed in students’ program requirements, the university said. Mentors work with students regularly until they graduate.

The inspector general, however, found that “only course mentors and evaluators, not student mentors, product managers or council members, could reasonably be considered instructors.”

The report also said interactions between students and instructors were inadequate under the federal law.

In an interview, Scott Pulsipher, WGU’s president, said the inspector general’s report was based on a “misinterpretation and misapplication” of statutory and regulatory guidance.

“We vehemently disagree with the inspector general’s opinion,” he said. “We’ve been compliant with the laws and regulations since our founding.”

Pulsipher noted that the university’s regional accreditor, the Northwest Commission on Colleges and Universities, backs the university’s faculty model. And he said the inspector general had applied a “very narrow and tight definition of faculty” at the university, compared to the approval by its accreditor and other regulators of WGU’s varied and broad faculty roles.

Congress could intervene by changing the 1992 federal law, as some backers of WGU and competency-based education have been advocating. The university will work with federal and state policy makers, Pulsipher said, to address ambiguity in the law.

“We’ll work together to make sure it gets clarified,” he said.

A department spokeswoman said the agency was reviewing the report, but added that “it is important to note that the innovative student-first model used by this school and others like it has garnered bipartisan support over the last decade.”

Supporters of competency-based education said the federal government should update its regular-and-substantive requirement, but in a way that prevents fraudulent, low-quality programs from taking advantage of students.

Deb Bushway is an expert on competency-based programs. She’s currently provost at Northwestern Health Sciences University and previously worked for Capella University, the University of Wisconsin Extension and, briefly, as an adviser to the Education Department.

“The inspector general is clearly following the letter of the law,” Bushway said, adding that the report was not a regulatory overextension. But she also called it “more evidence that the law needs to be changed.”

Pulling the regular-and-substantive language completely, however, which some online education experts have privately pushed for, would be a mistake, said Bushway.

“That would invite bad players into the field and threaten the reputation of competency-based education,” she said.

Instead, Bushway and others call for a two-pronged solution, with a fix that would protect WGU and other competency-based programs in the short term while Congress revisits the law, perhaps as part of the reauthorization of the Higher Education Act.

Russell Poulin, director of policy and analysis at the WICHE Cooperative for Educational Technologies, said the department has done a “horrible” job of informing colleges about its expectations of how to comply with the regular-and-substantive requirements, which he said have changed over time.

In addition, he criticized the inspector general’s decision to base its compliance position on disagreement about the mode of teaching at WGU when there is no evidence of any harm to students.

“I totally agree with the intention of proponents of the ‘regular-and-substantive interaction’ rule, which is to avoid fraud. But it is an outdated method of reaching that goal,” he said via email, comparing it to a hypothetical decision by regulators to remove all ATM card readers because of the risk of credit card skimmers.

Poulin also said the inspector general used a narrow definition of the faculty role under the law.

“The issue is quality, and there are ways to redefine interaction and pair it with other requirements for determining a student’s academic participation in a course for financial aid purposes to achieve the goals of preventing fraud and assuring quality,” he said. “I am confident that WGU provides a quality education and is not fraudulent.”

Terry Hartle, senior vice president for government and public affairs at the American Council on Education, said he hoped the department would reject the recommendations from the inspector general, which he said had applied an obsolete, 20th-century definition to a 21st-century institution.

“At the end of the day, we need a clear federal policy toward and definition of ‘online education,’ ” he said via email. “Until we have that, we are dealing with round pegs and square holes.”

Other experts, however, were more positive about the audit report.

“The audit’s findings should be taken very seriously, as the regular and substantive interaction requirement draws a clear distinction between self-learning and education and protects the integrity of federal student aid programs,” said Spiros Protopsaltis, a visiting associate professor at George Mason University who worked for the Obama administration as deputy assistant secretary for higher education and student financial aid after a stint on the Democratic side of the U.S. Senate’s education committee.

“The inspector general has rightly focused on ensuring that colleges comply with this key statutory provision, according to the department’s guidance,” he said via email. “Blurring the lines between correspondence and distance education and undermining the role of teaching entail enormous risk to students and taxpayers.”

A recently formed association for colleges that have created competency-based programs or are in the process of designing them, dubbed the Competency-Based Education Network, in May released a set of quality principles and standards for the field. The association on Thursday issued a statement that said the regular and substantive law should be updated.

Bushway and members of the group hope the new standards can help inform lawmakers as they consider revising distance education statutes.

Likewise, a bipartisan bill introduced in the U.S. House of Representatives would create a so-called demonstration project for competency-based programs. The proposed legislation, which has substantial support, would grant statutory and regulatory flexibility to participants, including in the application of federal financial rules, while also creating new requirements aimed at accountability and transparency. (WGU first became eligible to receive federal aid in 1999 as part of a federal demonstration program.)

Information gathered during the project also could be used by Congress as it reauthorizes the Higher Education Act.

New America, in written comments submitted to the department this week, called on the Trump administration and Congress to keep the regular-and-substantive requirement on the books for distance education programs. But the group said it would support some shifts to the law as it relates to competency-based programs.

Amy Laitinen, director of higher education policy for the group and a former Obama administration Education Department official, said the law was a response to rampant fraud and abuse.

“We need to carefully fix (not gut) the now-outdated law to ensure that students are getting the academic and other supports that they need,” she said via email. “If we don’t do it carefully, it will be a fast race to the bottom, which would be bad for students and bad for the competency-based education community.”

Meanwhile, WGU will continue to be the largest and best known competency-based education provider — by far — while the Education Department decides what to do about the audit report.

On its website, the university described its take on the process to students and others.

“The inspector general has no decision authority; she cannot directly affect an institution’s participation in the federal student aid programs. Federal Student Aid will review the OIG’s recommendations and, upon the completion of its review, will issue a letter in which it will indicate whether it agrees or disagrees with the OIG’s findings,” the university said. “There is no fixed timetable for this review. Ultimately, it is the secretary of education who determines whether to accept or reject OIG recommendations.” 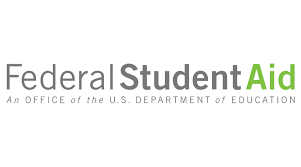