Empire’s institutional service culture is focused on supporting the community at all levels and includes the Board of Directors, Chairman/President (board member and former chairman of the Sonoma County Workforce Investment Board), faculty and staff (through academic and co-curricular service-learning curriculum and personal modeling of volunteerism), and students in each of the Business School’s 24 occupational associate degree/diploma programs and the Law School’s Juris Doctor program.

Through this commitment to community service, Empire College has earned national recognition from the White House – with distinction – the past three years on the President’s Higher Education Community Service Honor Roll. The national award recognizes colleges and universities that inspire lifelong civic engagement among their students and achieve meaningful, measurable outcomes in the communities they serve.

Additionally, the Sonoma County Board of Supervisors recognized the Empire College Board of Directors among its 2015 Jefferson Award honorees for public service.

$7,176           raised by Empire’s hospitality students for Worth Our Weight and the Children’s Village of
Sonoma County

At the request of the Sonoma County Courts and Bar, Empire Law School has established five clinics to provide free help to thousands of people each year including the elderly, disabled, and indigent. Under the guidance of their professors, Juris Doctor and paralegal students provide legal information and assistance. In some cases, certified law students will represent parties in court hearings.

Partnering with Sonoma County Superior Court, self-represented family law litigants (70-80 percent of all family law cases) receive help in preparing legal arguments and documents for court through the Self-Help Access Center. In addition to the county offices which are open during the day, Empire established year-round evening hours to provide flexibility to working litigants.

At the on-campus Small Claims Advisory, students provide free procedural and legal assistance. With the college’s student resources, services have been expanded to include bilingual assistance for Spanish speakers. The Advisory covers a variety of California small claims court issues, including landlord-tenant disputes, unfulfilled contracts, complaints about contractors, and disputes among neighbors.

Students in the Immigration Law Clinic assist in obtaining U-Visas for victims of violent crimes who have assisted law enforcement in prosecuting the crime.

Since April 2012, Empire volunteers have increased their efforts for the VITA program by presenting information sessions for possible volunteers, hosting a training program for new tax preparers, and providing refresher courses for returning VITA participants. They also developed a finance class for low-income families and partnered with Sonoma County Department of Health Services to bring bundled services consisting of several asset-building opportunities to their 2013 VITA clients.

In keeping with Empire College’s institutional service commitment, all clinic services are free and facility space is donated.  Participants include the Accounting Department Head and students. While student participation in the VITA clinic occurs primarily during tax season (January-April 15), the information and training program, as well as the finance class, occur throughout the year. Student participation is entirely extra-curricular.

Medical assisting faculty and students provide free health services to thousands of people. Each year volunteers assist the Sonoma County Flu Task Force in administering vaccinations at the Empire campus. In addition, one of Empire’s faculty members volunteers her time in service on the board of the Task Force (along with donated campus meeting space). Six additional vaccine outreach clinics were implemented this year in underserved, remote communities as well as homeless shelters and food banks. This year, services also included materials for diabetic and cholesterol screening and support, as well as information for osteoporosis patients and those at risk of osteopenia.

Each of Empire’s law clinics was established at the request of the Sonoma County Courts and Bar to provide pro bono legal assistance to under-served citizens. They have provided expansion opportunities of existing county services and an increasing number of clients served each year, currently 2,000. The estimated out-of-pocket savings in legal fees for citizens is $106,400 annually.

Campus-wide the estimated total number of student, faculty, and staff volunteers on an annual basis is 295 (approximately 60-75% of our student body), representing approximately 5,915 volunteer hours.

Finally, the non-profit Empire College Foundation’s free GED preparation program was funded by a former Empire College board member in response to community need for structured GED instruction and an increasing number of students not graduating from high school. Since the inception of the program in 2012, 162 citizens have attained their GED, an example of which is Robert Gilliland who had been unemployed since 2010. He lived what he called a rough life during his years at Analy High School and dropped out well before his Spring 2007 graduation day. He heard about the new, no-cost GED Prep Program in Spring 2012 and signed up immediately. Weeks later, GED in hand, he was hired by a Sebastopol hardware store.

We have many stories and testimonials from students who have participated in service learning in our community since launching our formal commitment to service more than 15 years ago. The following three are representative.

Angela Allen is a 2015 graduate of Empire College Law School who participated in the Immigration Law Clinic as a student. That inspired her to seek an Immigration Services intern­ship at Catholic Charities where she continues to volunteer. “It’s a perfect fit for students (or graduates) looking for experience and a great way to help Catholic Charities serve the immigrant community,” said Angela.

Medical graduate Karissa Anderson was a volunteer at “Cat Walk for a Cure,” an annual event hosted by Sutter Health to increase awareness in the fight against breast cancer. That event touched and inspired her to lead a fund drive on campus, through which $502 was raised. “Empire College urges students and faculty every day to get out there and make a difference in the community,” Karissa said. “As students, we are extremely grateful for all the opportunities given to us to be such active participants in the community.”

Throughout the year, information technology students in the Tech Club rebuild donated computers and turn them into new, operational PCs to be donated to local schools and individuals. “Doing something good with the rebuilt systems and helping folks less fortunate is very rewarding,” said Chris Rivera, president of the Tech Club.

Esther Hybert, Elder Law Clinic Client – “I know that most of us are more than a little tired of being treated like ‘silly old folks.’ These students do not ‘talk down’ to you; i.e, they are not condescending. In my case, they are helping me to write a will (at my tender age of nearly 70!). They seem to have a wide range of knowledge. Those of us who have used the services are pleased with the help.” 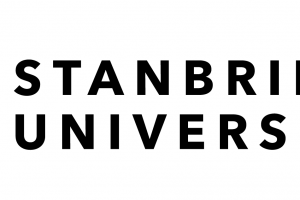