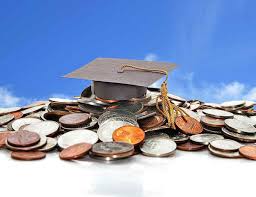 The Education Department needs to better monitor colleges’ finances to prevent another costly fiasco like the 2014 collapse of Corinthian Colleges, says the agency’s Office of Inspector General.

The U.S. Department of Education should do more to monitor colleges with shaky finances in order to protect students and taxpayers from closures like the 2014 collapse of Corinthian Colleges.

That’s the central finding of a newly released audit from the department’s Office of Inspector General, an independent entity that answers to both the secretary of education and the U.S. Congress. (The audit was commissioned and conducted during the Obama administration.)

The 20-page report looks at how the department’s processes for keeping any eye on shaky colleges have changed since the implosion of Corinthian, which enrolled roughly 72,000 students. In addition to the impact on students, the for-profit chain’s closure has been expensive — as of last October, the department had approved more than $350 million in loan discharges for students who attended a Corinthian program.

“Financial accountability and oversight matter. When they go wrong, you get things like Corinthian that cost a lot of money,” said Ben Miller, a former department official and senior director of the postsecondary education policy team at the Center for American Progress, which has written critically of the department’s financial oversight. He called the report a timely reminder that “oversight responsibilities matter more than dogmatic beliefs.”

Since 2014 the feds have improved their financial oversight of colleges, according to the inspector general.

For example, the report praises new financial monitoring triggers included in the Obama administration’s borrower-defense rule. Those regulations, which seeks to help students who have been defrauded or misled to get their loans forgiven, is due to go into effect this summer. However, congressional Republicans and the Trump administration are likely to rescind the rule.

However, Urdan is among many critics who say the rule unfairly targets for-profits and is subjective and overly broad.

“The additional precautions are not a reason to keep the rule in place,” he said.

Even with borrower defense, the OIG report said more financial monitoring by the department is needed.

One key area for improvement, the report said, is the financial responsibility composite scores the department calculates for the financial health of private nonprofit and for-profit institutions.

Colleges with low or failing scores are subject to additional federal scrutiny, such as being required to take out a letter of credit (meaning the college is on the hook for some of the cost if it shuts down) or a sanction called heightened cash monitoring, which can include delays in financial aid payments. A form of heightened cash monitoring helped topple Corinthian.

The department determined that Corinthian took out substantial short-term loans to artificially inflate its composite score. Yet the feds incorrectly decided Corinthian’s 2011 manipulation of its score was a one-time event and did not review underlying financial information the next two years, according to the report. If they had, department officials would have discovered subsequent manipulation by the company.

The department’s approach of viewing the composite as “one snapshot point in time,” Urdan said, lends itself to gamesmanship.

“That is exactly what schools do. They only report what they have to report,” he said. “It’s due for a review and an updating.”

The inspector general’s report includes recommendations for more timely resolution of composite score appeals and for the department to study how colleges might manipulate their scores, among other changes.

In addition, the report said the department under borrower defense could develop a “financial stress test” to probe a college’s ability to absorb losses while continuing to meet its obligations.

“Unexpected or abrupt school closures can have significant adverse effects on large numbers of students,” the inspector general said, “including potentially being displaced from their educational program before completion, having credits that cannot transfer to another school, incurring significant student loan debt without obtaining a degree or certificate and significantly diminished job prospects.”

Even if Congress decides to nix borrower defense, Urdan said, some of the financial monitoring ideas could be preserved in another form.

“There’s an opportunity for reform,” he said of the current climate in Washington. “Maybe there’s a chance they could come up with something better.”

A Bitter Fight Begins Over an Obama Education Legacy