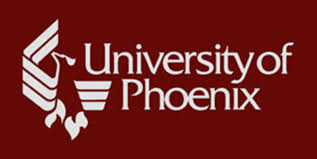 University of Phoenix owner is one step closer to changing ownership with Education Department’s approval, but only if the new owners agree to new conditions.

After months of review, the U.S. Department of Education on Wednesday approved the proposed $1.14 billion sale of Apollo Education Group, which owns the University of Phoenix, to a group of three private equity firms.

But the approval of the deal comes with a number of strict conditions.

The department’s letter to the company means the country’s largest for-profit university is one step closer to going private if the new owners agree to the department’s conditions. Apollo’s shareholders voted for the sale in May.

“Apollo Education Group can confirm that we have received the letter and are evaluating it,” a spokesperson for the company said in an email.

The Education Department is requiring the company to submit a letter of credit valued at 25 percent of its institutions’ federal funding allocation, or about $386 million, as a condition of approving the change in ownership. The letter of credit is designed to protect students and taxpayers and is used as collateral if the company is unable or unwilling to pay the department back. The department is also requiring that Phoenix and Western International University, which is also owned by Apollo, not change any educational programs or add any new programs or locations until June 30, 2018, when the agreement ends. Both institutions will also be required to maintain enrollment levels at or below their current levels.

Critics of for-profit institutions viewed the news as a good sign that the department is continuing to push regulatory pressure on the sector even in its final days in office before the new Donald J. Trump administration begins.

In the past few months, congressional Republicans have questioned the deal, especially since Marty Nesbitt, who runs one of the three private equity firms, the Vistria Group, is a close friend of President Obama. Vistria’s co-founder and chief operating officer is Tony Miller, who served as deputy secretary of education from 2009 to 2013. The other firms in the consortium are Apollo Global Management, which has no relation to Apollo Education Group, and the Najafi Companies.

“It’s entirely reasonable to ensure that an ownership group with no prior experience running a college of any sort should abide by certain restrictions,” said Ben Miller, senior director for postsecondary education at the Center for American Progress. “It’s very clear the department is taking a real risk that Tony Miller and others who have no experience in running a college will be able to do so successfully.”

Department officials could also be making sure that they “aren’t being taken for a ride” by putting these conditions in place, said Rohit Chopra, a former assistant director at the Consumer Financial Protection Bureau, in an email, adding that these conditions could also give the private equity buyers an opportunity to walk away from the deal.

“If Tony and others are serious about the changes and improvements to Phoenix they want to make, they will abide by what’s in this document regardless of what administration is around when it becomes binding,” Ben Miller said.

Trace Urdan, who analyzes the for-profit higher ed industry for Credit Suisse, said it wouldn’t be surprising if the new owners try to appeal the department’s conditions.

“I look at these conditions and I see them as onerous,” Urdan said. “This is another situation where the department will be putting this company in further financial risk by imposing an additional letter of credit on a company they’re acknowledging is in decline and only exacerbates that risk.”

Phoenix has long been the 800-pound gorilla in for-profit higher education. Its enrollment stood at approximately 460,000 students in 2010, but it has decreased significantly as the for-profit sector’s reputation has taken a hit and regulations have increased. Enrollment now stands at about 175,000. This fiscal year the company’s net revenue is $2.1 billion, and Apollo shares were trading at $9.51 by Wednesday evening.

“It’s not unheard-of for the department to impose restrictions on growth or new programs for a period of time on new ownership,” Urdan said. “A letter of credit is not unheard-of, but 20 percent is usually the biggest number I’ve heard of, and they’re usually imposed when a lot of debt is placed on the transaction. That’s not the situation here. There’s no additional financial risk in place here.”

The new buyers could wait to see what a Trump administration, with Betsy DeVos as the prospective new education secretary, has in store for the for-profit sector, but that may be a risk. The new owners also have until Feb. 1 to walk away from the deal without facing repercussions.

“We’ve also seen a lot of skepticism from others on the Hill about this purchase, so there is a very real risk in waiting as well,” Ben Miller said, adding that these restrictions are a way of giving the new owners a chance to demonstrate that they want to run a quality education service and not turn a profit and run. “If the goal is to wait this out just to avoid the type of sensible restrictions put in place to protect students and consumers, then that says a lot about the motivations of the purchase.”

If the new owners agree to the department’s conditions, the next step will be awaiting word from the Higher Learning Commission, Phoenix’s accreditor, as that agency reviews the deal.

HLC is evaluating the department’s letter. In a written statement from the agency, a spokesperson said the commission is awaiting additional information from Apollo, including updated enrollment and finance data. A date hasn’t been set for the HLC Board of Trustees to complete its consideration of the sale. (Note: This paragraph has been added to a previous version of the article to reflect new information.)

Experts talk about the college completion push and what comes next