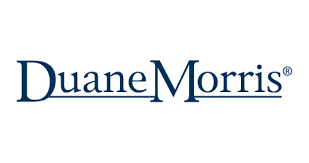 We strongly encourage clients to submit comments regarding provisions related to these rules that they believe should be addressed during the negotiations.

In parallel notices that will formally be published in the Federal Register on June 16, 2017, the U.S. Department of Education will make two major announcements:

Following the public hearings, the Department anticipates that the negotiated rulemaking committees will begin negotiations in November or December of 2017, with the committees meeting for up to three sessions of three to four days each at roughly five to eight week intervals. The committees will include representatives of organizations or groups with interests that are significantly affected by the subject matter of the proposed regulations.

Additionally, the Department will accept written comments on the topics suggested by the Department and suggestions for additional topics that should be considered for action by the negotiating committees. Comments should be submitted by July 12, 2017. We strongly encourage clients to submit comments regarding provisions related to these rules that they believe should be addressed during the negotiations.

Delay of Borrower Defense to Repayment

The second notice announces a delay of virtually all of the BDR regulations “in light of the existence and potential consequences of the pending [CAPPS] litigation.” The Department states that it “has concluded that justice requires it to postpone certain provisions of the final regulations pursuant to the Administrative Procedure Act (APA), pending judicial review.” Under section 705 of the APA, “[w]hen an agency finds that justice so requires, it may postpone the effective date of action taken by it, pending judicial review.” 5 USC § 705. The BDR regulations were originally set to become fully effective on July 1.

By way of background, the CAPPS litigation was filed on May 24, 2017, in the United States District Court for the District of Columbia. (Duane Morris LLP is representing CAPPS as co-counsel of record on the Title IV regulatory issues related to the pending lawsuit.) The lawsuit, which seeks declaratory and injunctive relief, challenges four key components of the new regulations: the new standards for borrower defense to repayment claims, the financial responsibility measures and triggers, the prohibition on mandatory arbitration clauses and class action waivers, and the student loan repayment rate warnings that apply only to proprietary schools. The provisions delayed by the Department’s notice include the predispute arbitration and class action waiver provisions that are the subject of CAPPS’ motion for a preliminary injunction, as well as the provisions governing borrower defenses to repayment, financial responsibility measures and triggers, and student loan repayment rates warnings.

The Department did not delay the effective date of the following technical provisions:

Importantly, this announcement preserves the regulatory status quo of the existing borrower defense regulations, which provides as a defense to repayment any act or omission of a school attended by the student that would give rise to a cause of action against the school under applicable state law. See 34 CFR § 685.206.

In these announcements, the Department has not proposed any changes to the current GE rule that went into effect on July 1, 2015. As a result, based on the Department’s most recent guidance, E-Announcement 105 (3-6-2017), schools have until July 1, 2017, to (1) submit an alternative earnings appeal to the GE Debt-to-Earnings rates that were released by the Department on January 9, 2017, and (2) comply with the GE program disclosure requirements as noted in Gainful Employment Electronic Announcement #103, published on January 19, 2017.

As of this writing, the Department has not announced any additional steps to delay or change the impact of the current GE rule. Schools should monitor Department announcements for any new information prior to July 1, 2017, that may impact their obligations to provide GE disclosures, submit GE data or comply with other obligations under the current GE regulations.

If you have any questions related to these announcements, require assistance preparing comments for submission, or have questions about the current BDR or GE regulations, please contact any of the attorneys in the Higher Education Practice Group or the attorney in the firm with whom you are regularly in contact.

Disclaimer: This Alert has been prepared and published for informational purposes only and is not offered, nor should be construed, as legal advice. For more information, please see the firm’s full disclaimer.