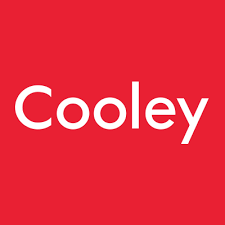 The Department of Education announced it will engage in a new negotiated rulemaking to revise the Gainful Employment Rule, but questions remain.

The Department of Education’s (ED) announcement that it plans to engage in a new negotiated rulemaking to revise the Gainful Employment (GE) Rule leaves unanswered critical questions regarding the implementation of certain GE Rule requirements that are scheduled to go into effect on July 1, 2017. While ED issued a companion announcement that delayed any implementation of the new Borrower Defense to Repayment Rules, there was no such delay announced for the GE Rule.

While the ED announcement did not address the implementation of GE requirements, based on discussions with sources within ED and on Capitol Hill, it appears that affected institutions will be required to meet two major GE requirements as of July 1, notwithstanding the plans for a new rulemaking.

The first requirement is implementation of the new GE template form and distribution process. Second, institutions that initiated their GE earnings appeals earlier this year must complete and file those appeals by July 1.

The announcement of a new rulemaking without bringing implementation of the current rule to a halt is consistent with the history of the GE Rule. The Rule became effective in July 2015, the first round of debt-to-earnings rates was issued in January 2017 and the rates for the second year have been expected in Fall 2017 or January 2018.  While ED has already collected the data for the second set of rates, it is unclear if ED will actually complete its internal process of refining the data to calculate and publish those rates while the Rule is under review. The effect would be to require disclosure of potentially failing programs but delay, if not eliminate, the loss of program eligibility, which under the current rule must be premised on two consecutive years of data.

However, the challenges of complying with the GE template procedures¹ should not be underestimated. Under this requirement, institutions must gather the data to populate the GE templates with detailed disclosures pertaining to the program cost, length, occupational objectives, earnings, debt-to-income ratios, licensing requirements and other matters. In addition, institutions must ensure individualized delivery of the GE template to each prospective student, and also must obtain a documented acknowledgement from the student before he or she signs an enrollment agreement or makes any financial commitment to the institution. Further, institutions must prominently display the GE program template or a link to the template on “any Web page containing academic, cost, financial aid, or admissions information about a GE program maintained by or on behalf of an institution.” This new process will require that institutions evaluate all of their “promotional materials,” a term that is very broadly defined in the GE Rules,² to ensure the inclusion of the required language³ linking to the GE templates.

In addition, for the subset of institutions that previously filed their notice of intent to file an alternative earnings appeal to their debt-to-earnings rates as published in January, the deadline for submitting the required documentation for their appeals remains July 1st. If an institution has submitted an appeal, or plans to do so before July 1st, the requirement to issue “student warnings” for programs that had failing scores in the first set of debt to earnings rates will be put on hold until ED has reviewed the appeal and made a determination of the program’s final rates. However, while the appeal is pending, institutions must still publish and distribute the GE template, which will indicate that the program is not currently passing the ED standard for debt-to-earnings, with an asterisk stating that the program’s rates are under appeal.

The status of the implementation of the GE Rule remains in flux, with the possibility that ED will make new announcements affecting these subjects and deadlines. It is also possible that any implementation of the GE Rule may be stayed if litigation filed by the American Association of Cosmetology Schools succeeds. Cooley is monitoring this situation, so watch this space for updates as new information becomes available.

1.  Codified at 34 CFR 668.12.
2. 34 CFR 668.12 defines promotional materials to include, but not limited to, “an institution’s catalogs, invitations, flyers, billboards, and advertising on or through radio, television, print media, the Internet, and social media.”
3. The link must be introduced with this specific language: ‘‘Important Information about the educational debt, earnings, and completion rates of students who attended this program.’’