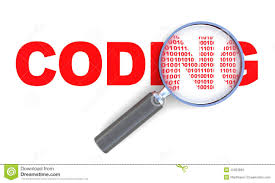 For some tech job seekers, skipping college and learning to code might get them into a position a lot faster at Google, Amazon, Spotify, Venmo or any of a number of firms, including startups, that are demanding more coders.

This assumes these students have their sights on a software engineering job but want a relatively quick exit from academia. They believe they can live without the social perks or the well-rounded liberal arts learning that typical college life offers—maybe they’re a nontraditional student, meaning a little older, or perhaps dorm life just sounds like hell. For mid-career hoppers, a complete return to school might not fit family life or may feel like an expensive gamble. For many, four-year degree costs, which have surged, or a return for traditional graduate work on their own dime, is a nonstarter.

But to be workplace-ready may mean that coding dabblers will be wasting their time, too.

It’s in this way that some coding schools are pushing away from an a la carte bootcamp format and instead modeling some programs on the academic rigor of the traditional colleges they’re competing with. Increasingly, would-be coders are pursuing immersive programs that require the commitment of several hours a day and over several weeks or months (part-time options that stretch out over more weeks are offered, too).

These students are attending classes at coding school sites but also through remote programs like those offered by for-profit General Assembly, Flatiron School, or Fullstack Academy, which holds courses in New York and Chicago, and virtually connects students and instructors nationwide.

But, unlike traditional college, there’s typically no need to wait for a new academic year or semester to begin in most cases; new cohorts of students are linked up about every seven weeks in the case of Fullstack Academy, they explained in a recent interview to talk about their Chicago expansion.

The benefits of nimbler technology training that better aligns with industry shifts is just one potential attribute, but most important for many students is their emergence from coding programs with marketable projects, as well as getting those projects into the incubators that could fund them. Often the programs earn students real face time with the startups and established firms that are hiring. The programs recognize that professional development and the skills needed to find and keep a coding job are just as important as learning coding language, so they bring in chief technology officers to tell students what the real world wants.

Read: Half of the high-paying jobs in America now require this skill

It is true, however, that coding training that’s closer to the college experience comes with a steeper price tag than the bootcamps at the genesis of this industry: At Fullstack Academy, for instance, full-time tuition is $17,610 for its JavaScript-intensive courses that run roughly 17 weeks (28 weeks for those who slow down to part-time). Bootcamps, by comparison, which are often used to test interest in the field, might run in the hundreds of dollars up to several thousand.

Most of the coding school reviewers, including Course Report, say immersive programs like these are built for serious coders only. There is an admission process and Fullstack is among the schools that considers its standards among the more rigorous in the industry so that the overall experience for its students mimics a traditional academic setting.

Immersion does come with quick pacing and requires, by design, virtual class participation. That means it may not be for everyone, said alumnus Sean McBride, a married, mid-career changer with no kids who felt he could juggle the Fullstack Academy remote immersive calendar in part because he dialed back full-time work to select contracts. McBride, a West Point graduate and military veteran, received a full scholarship through Operation Code.

Previous experience in technology is not a strict requirement, in part because learning coding language is sometimes considered closer to learning a foreign spoken language more so than just expanding computing skills. McBride said his work in data centers previously did help somewhat.

The classroom experience perhaps can’t be overstressed. PC Magazine audited a class: “The Fullstack virtual setup is meant to be classroom-like. Conducted through a video-conferencing service, classes are synchronous, meaning that students need to show up at the same time. They’re also small enough that students communicate on a first-name basis,” the reviewer wrote. Not every school teaches the same coding languages, so prospective students might take that into consideration as well.

Notably, coding schools aren’t accredited in the same way that most traditional colleges and universities are. Darrell Silver, co-founder of coding school Thinkful, has written that transparency with hiring results and other data will help the fast-growing coding school industry weed out those schools built to last from the rest of the pack—those that could risk reputation problems that harken to struggling for-profit Corinthian Colleges or controversial Trump University real-estate school. The Council on Integrity in Results Reporting, or CIRR, is largely considered the new gold-standard for displaying and publishing student outcomes for coding bootcamps. Currently, 15 schools report to the council.

Still, student motivation is pretty clear: Roughly half of the jobs in the top income quartile — paying $57,000 or more per year — require applicants to have at least some computer coding knowledge or skill, according to an analysis of 26 million U.S. online job postings by job market analytics firm Burning Glass and Oracle Academy, the philanthropic arm of Oracle.

According to Fullstack, its graduates are commanding nearly $90,000 salaries in New York and $110,000 in the San Francisco Bay area, and, on average, report a 65% increase in compensation from their pre-coding jobs.

Coding immersion is helping to narrow the gender gap in some STEM fields. The study-at-home flexibility of the immersion programs (as well as the potential opportunity for contracted coding work from remote offices) is part of the appeal for women and men who might need to balance home life. The gender gap for the main Fullstack Academy program—that is, even outside of its separate Grace Hopper tuition-deferred program for women only—is narrowing, now approaching 30% female.

Lack of accreditation and other factors have limited how much student-loan borrowing from lending institutions is available, so the coding schools do often have to offer payment plans.

There’s some hope that the federal financial aid approach applied to traditional nonprofit colleges and universities might expand to include coding schools, including the immersion programs. The Department of Education late in the Obama administration announced an experiment to allow eight programs uniting for-profit entities — including coding boot camps, like the Flatiron School, as well as General Electric — and traditional universities with to access federal financial aid funds. The aim of the experiment is to test whether targeted job-training efforts can effectively serve students seeking marketable skills. The future of the program under a different administration wasn’t entirely clear.

Fullstack, for one, does offer an automatic $1,000 scholarship for women and veterans, and the company has established a scholarship fund that supports some merit- and need-based grants for partial and full tuition. In Chicago, a partnership with noted incubator 1871 is helping with scholarships and recruitment. Fullstack has also committed to fund up to eight companies a year in pre-seed or seed-stage deals if those startups include at least one of its graduates; for instance, it has funded student projects that address paralysis and block online hate speech.

It’s the relationships with the companies doing the hiring or funding new ideas that can make or break coding program student success. Finished apps and programming solutions are presented in much the same way as a startup would present to a potential investor. In fact, Fullstack Academy students will be at the mercy of public opinion and potentially helpful feedback on Monday during a live-demo event on Facebook. Viewers, and there may just be a founder in need of a coder among them, can add a comment containing the project name and an emoji.

Later this week, the coding graduates will network this week with companies that include Bloomberg, Simple Fractol, Bluewolf, 1010 Data and J.P. Morgan.

For at least one graduate, that has already paid off: “The phase where we build out a portfolio is super critical,” said McBride, who graduated with the first cohort and is now working on web applications as a government contractor.

How Will the Feds Protect Student-Loan Borrowers in the Future? 2 Visions Are Aired