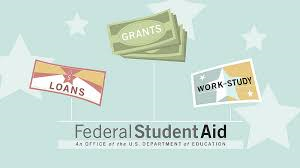 Six days after the Internal Revenue Service’s data retrieval tool for the federal financial aid system went down, the Department of Education and IRS said Thursday they anticipate the tool will be unavailable for several more weeks.

The ongoing issue is causing consternation among organizations that advocate for expanded college access, because it will make applying for financial aid more difficult for low-income students and could lead to more verification checks of aid applications.

The data retrieval tool was introduced in the 2010-11 academic year to allow students and families to automatically transfer tax information already on file with the government into the Free Application for Federal Student Aid. That capability allowed them to finish the application sooner and avoid errors that would get submissions flagged for verification — a process that could slow down the awarding of financial aid packages.

But the joint statement from the agencies said the IRS decided to temporarily suspend the tool as a precautionary step because of concerns it could be misused by identity thieves.

“The scope of the issue is being explored, and the IRS and [Office of Federal Student Aid] are jointly investigating the issue,” the statement said. “At this point, we believe the issue is relatively isolated, and no additional action is needed by taxpayers or people using these applications. The IRS and FSA are actively working on a way to further strengthen the security of information provided by the [data retrieval tool]. We will provide additional information when we have a specific time frame for returning the DRT or other details to share.”

The tool became unavailable as the state aid deadline for Indiana arrived (March 10) and is approaching for Texas (March 15). Many colleges and universities also set their institutional deadlines for that March 15 date. Students can still submit their household financial information manually in the meantime. But that will potentially add more verification checks later in the process for those students, said Carrie Warick, director of policy and advocacy at the National College Access Network.

“Those further steps can be obstacles to students being able to access aid,” she said.

If a student’s application is flagged for verification by either the Department of Education or an institution, they would be required to submit a 2015 tax transcript. It can take up to 10 days to receive a transcript after making a request, so NCAN is advising partner organizations to have students make that request up front in case of a verification check later in the award process.

“Some institutions will not give [students] a financial aid package or financial aid award letter until verification is complete. For some first-time students, it could impact which school they decide to attend,” Warick said. “More broadly, we know the more steps there are in the process, the more barriers there are, the more students we lose along the way.”

This is the second time under new Education Secretary Betsy DeVos that the department has had a key website fail. After the Individuals With Disabilities Education Act went down a week into DeVos’s tenure — an issue that took several days to resolve — the secretary blamed the Obama administration for not properly maintaining the site.

Senate Democrats sought answers from DeVos when the IDEA site went down a month ago. Colorado Democrat Michael Bennet on Thursday took to Twitter to voice his concerns over the IRS tool.