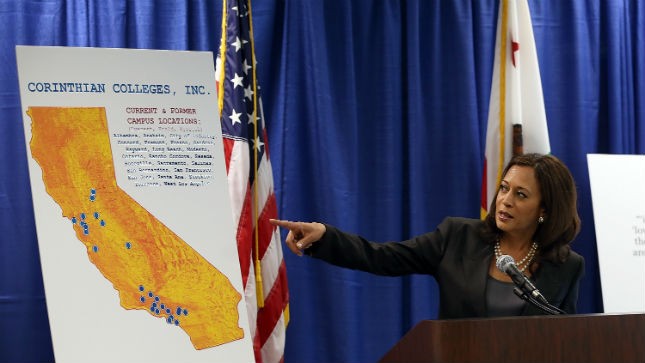 In an effort to tackle abuses in the for-profit education industry, the Obama Administration may make Arizona’s teacher shortage even worse.

The goal of these new regulations is to distinguish programs that provide affordable training that leads to well-paying jobs from programs that leave students with poor earnings prospects and high amounts of debt, according to the U.S. Department of Education.

It’s no secret that teachers don’t earn very much money during the first years of employment — a fact that will hurt for-profit universities like Grand Canyon Education, which produced 1,454 teachers in 2015-16.

That’s almost as many teachers as the three state public universities combined. According to the Integrated Postsecondary Education Data System, Arizona State University, Northern Arizona University and University of Arizona produced a combined total of 1,579 teachers during that same time period.

Brian Mueller, CEO of Grand Canyon Education Inc. (Nasdaq: LOPE) and president of Grand Canyon University, told analysts in a third-quarter earnings conference call earlier this week that GCU has three undergraduate education programs and one small program in theology that are considered in the warning zone for the gainful employment regulations.

If colleges and universities can’t show improvements in gainful employment, they could potentially lose Title IV funding, which means students in those programs would no longer have access to federal student loans and grants. And that would be a certain death knell for those programs, because students would choose other universities to earn their education.

He said it’s something he would rather not do, but it is a possibility that he would be forced to shutter GCU’s education programs.

“We’ve got nine colleges and 220 programs right now and the vast majority of them scored really well,” he said. “Our students are not borrowing nearly as much as students at most universities and they’re getting good paying jobs.”

But teachers don’t make enough money during the first years of employment, which wreaks havoc with meeting gainful employment regulations, he said.

Mueller said he is looking at how he can apply for some type of waiver so that GCU can continue to prepare teachers for the workforce.

Trace Urdan, a managing director and senior analyst at Credit Suisse covering the knowledge sector, said it seems like it might be a long shot, given the way the current administration has been attacking for-profit colleges.

“We’re going to have a new president and the Department of Education may desire to turn the page,” Urdan said. “You’ve got some pretty strong advocates in Arizona for what GCU is up to. Yeah, it’s possible.”

During the third quarter earnings conference call, Urdan asked Mueller if he might consider creating a five-year program for teachers that would allow them to graduate with a master’s degree, putting them in a higher-earning wage bracket upon graduation.

Mueller told him it’s a possibility.

“We wouldn’t do anything that’s not in the best interest of these students and potential teachers,” he told Urdan in the conference call.

Mueller said he doesn’t have a problem being regulated, but said the nonprofit and public universities should be held to the same standards.

“There have been guilty parties on both sides,” he said. “We would argue that regulation is good and the government has the right in many cases to regulate certain industries, but the regulations ought to apply to everybody.”