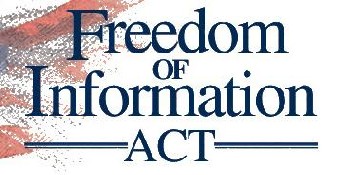 Media Statements: FOIA and May 30 Filing

On May 30, the Accrediting Council for Independent Colleges and Schools (ACICS) submitted a response to the Secretary of Education regarding its continued federal recognition as an accreditor. The submission was filed in response to the April 3, 2018 order of the Secretary of Education, which permitted ACICS to provide an explanation of how certain materials previously submitted by ACICS to the Department, but not considered as part of its earlier decision-making, are relevant to demonstrating ACICS’s continued compliance with federal agency recognition criteria. The Secretary’s decision regarding the continued recognition of ACICS is due by July 30, 2018.

Michelle Edwards, ACICS President, issued the following statement regarding the May 30 filing:

“We appreciate the opportunity to explain to the Secretary how materials previously submitted by ACICS to the Department demonstrate compliance with recognition criteria. We also provided the Secretary with additional information regarding our progress implementing significant reforms designed to address concerns, strengthen the accreditation process and, ultimately, enhance our ability to hold schools accountable for meaningful student outcomes. ACICS takes seriously our role and obligation as an accreditor and we have implemented aggressive and comprehensive steps to ensure we are in full compliance with all recognition criteria. We welcome the Department’s vigorous review and we remain committed to our goal of being a leader among accreditors.”

In addition, on June 5, ACICS notified the U.S. District Court for the Southern District of New York of its decision to withdraw its motion to intervene in a Freedom of Information Act (FOIA) claim seeking to obtain a copy of the Department’s Draft Staff Report in response to ACICS’s now-abandoned Petition for Initial Recognition. ACICS abandoned this petition pursuant to the Secretary’s April 2018 Order and after a federal District Court Judge held that the Secretary of Education had acted in an arbitrary and capricious manner in revoking ACICS’s recognition status in December 2016.

In its initial opposition to the FOIA request, ACICS argued that Draft Staff Report is protected against disclosure under the deliberative process privilege. Indeed, Department’s confidential website through which ACICS interacted stated unambiguously that the Draft Staff Report, without ACICS’s response, was exempt from FOIA disclosure. Draft Staff Reports have always been considered part of a deliberative process, one that includes significant information exchanges before the report is finalized and made public. It is that very robust and candid exchange of information that enables the process to work. Nevertheless, with the May 30 submission, ACICS has now had the opportunity to respond to concerns or inaccuracies in the Draft Staff Report and, as such, no longer seeks to intervene in opposition of the FOIA request.

“We strongly believe that release of our Draft Staff Report would represent a dangerous aberration from historical practice – one that jeopardizes the frank and constructive exchange of information between the Department and all accreditors. We have submitted an enormous amount of information to the Department, correcting numerous inaccuracies in the Draft Staff Report and providing additional materials that, we believe, clearly demonstrate our compliance with recognition standards. Now that the record is complete, we are withdrawing our objection to the release. Let me be clear. We continue to strongly believe that the release of pre-decision materials prepared as part of a deliberative and presumably protected exchange would be a violation of policy, practice and precedent with far-reaching consequences. But that is not our decision to make. We stand by the information we have presented to the Department and we look forward to completing the review process in an efficient and constructive manner.”