Ruling in high-profile sexual harassment case suggests that foreign students in online courses have no recourse under Title IX.

Online courses — and especially the special brand of massive open classes that emerged earlier this decade — have helped colleges expand their reach geographically as well as educationally; they are far likelier today than they were a decade or more ago to be educating students in, and from, other countries.

An unfolding lawsuit shows that a key federal law may not be keeping up with that reality.

The case in question may be familiar to Inside Higher Ed readers and fans of physics, because it involves the former Massachusetts Institute of Technology professor emeritus Walter Lewin, whose enigmatic teaching videos have millions of views on YouTube. However, no videos of Lewin remain on any official MIT platforms. They were removed after an internal investigation at MIT found that Lewin had sexually harassed one of his students online, and consequently his “For the Love of Physics” MOOC, and his emeritus title, were removed.

Lewin’s accuser, Faïza Harbi, is now suing MIT and Lewin for compensation for the emotional distress she says she suffered as a result of Lewin’s conduct. Harbi’s legal team has made claims under tort law, state antidiscrimination laws and Title IX of the Education Amendments of 1972, the federal statute that prohibits gender-based discrimination in educational programs.

Both MIT and Lewin tried to dismiss Harbi’s claims, but they have only been partially successful. On Sept. 1, the federal judge in the case ruled that six of the nine claims that Harbi made would stand — including a claim of negligent infliction of emotional distress against MIT. Harbi’s Title IX claim, however, was dismissed.

Were Harbi an American, or an international student living in the U.S., her Title IX claim would likely have stood. However, as the judge explained in his ruling, because Harbi is French and was living in France, she did not qualify for protection under Title IX.

‘Title IX May Well Be Outdated’

Explaining his decision to dismiss Harbi’s Title IX claim, Judge F. Dennis Saylor said that “no reported case appears to have examined the precise question at issue here: whether Title IX protects a person abroad with respect to conduct committed in the United States and transmitted over the internet.”

Given that online learning allows students to be located anywhere in the world, Judge Saylor said that Title IX, enacted in 1972 with (understandably) no mention of the internet, “may well be outdated.” Despite this, Saylor said, it was not his job to dispute the law — “this court is not empowered to ‘fix’ outdated statutes, no matter how worthy the goal may be.”

Ted Folkman, a lawyer at Murphy & King who has written about the Harbi case on his blog, said the issue comes down to extraterritoriality — a “hot topic” in legal circles. “Congress wrote into the statute a limitation on who is entitled to the law’s protection and expressly excluded people not in the United States. Judge Saylor’s view [that Title IX does not apply to Harbi] is probably right, because there is a general presumption that federal laws do not have extraterritorial effect, and the words of the statute seem to reinforce that presumption here,” Folkman said via email. “It would be up to Congress to extend the law’s protection to foreign students studying abroad.”

Adele Kimmel, a senior lawyer at Public Justice, said it is understood that Title IX applies to any university or college that receives federal funds, even if that institution is completely online. But she concurred with Saylor’s assertion that while the law covers international students taking online courses while living in the U.S., it does not cover international students residing in another country. “Separate from Title IX, students may have protections under state antidiscrimination laws, but this will vary from state to state,” said Kimmel.

Laura Dunn, founder and executive director of SurvJustice, which offers legal assistance to survivors of sexual violence on campus, said that she would like to see a thoughtful discussion about the limitations of Title IX, but she doesn’t expect the law to change. “Of course the issue of extraterritoriality comes up — how can you enforce a law from one country in another country?” she said. “For now, I think the statute as written offers pretty significant protection for students.”

The Harbi case has, however, highlighted the need for more direction on how Title IX should be applied in contemporary situations, said Dunn. “This is an issue that would be perfect for [Education Department] guidance,” she said.

Khalilah Burton, assistant provost for institutional effectiveness and accreditation at Columbia Southern University, an online-only institution, agreed that there are areas in which Title IX guidance could be improved. “I’ll be interested to see in the future whether there are changes regarding clarity in the regulations for online interactions, not necessarily just at online schools … Brick-and-mortar institutions are having larger online platforms, and they will need guidance as well,” she said.

Burton said that her institution, a for-profit in Alabama, would treat all its students as if they were protected by Title IX, no matter where they were located. Jennifer Kalfsbeek-Goetz, dean of student learning and Title IX coordinator at Moorpark College, in California, said that her institution would do the same. “The most conservative look at Title IX or the Clery Act [a federal law relating to campus safety] might suggest that students have to be in the geography of the campus for it to apply. However, we would certainly consider an online classroom to be within the space of our campus,” said Kalfsbeek-Goetz.

Dunn, Burton and Kalfsbeek-Goetz all agreed that beyond having a Title IX coordinator and ensuring that employees have suitable training, institutions should ensure that the policies they provide to students and staff regarding expected behavior are clear.

Dunn suggested that institutions with online learning options, and even study abroad programs (where there is some confusion whether American students studying outside the country are covered), should contractually extend Title IX protections to students outside the U.S. “The relationship between that school and student is still there in that other country — that doesn’t disappear. Schools could be progressive beyond the limitations of the law to assure students are protected,” said Dunn.

Asked what incentive there would be for colleges to do this, Dunn said, “I think schools do what people ask them to do, or what they will get in trouble for not doing. If a group of parents banded together and asked for this, I think some schools, perhaps some more progressive ones, would do it.”

Billie Dziech, a professor of English at the University of Cincinnati and co-author of The Lecherous Professor: Sexual Harassment on Campus, said institutions need to do more to acknowledge the responsibility they have for students online. “It’s not as if the technology just appeared out of nowhere. We’ve known for a long time that online courses were going to pose all kinds of responsibilities to us.”

Dziech said that students engaging in online learning should be able to expect that courses be delivered “in a professional manner.” Very little is known about the prevalence of sexual harassment in the context of online learning, said Dziech, but she suspects that online-only students could be less likely to report incidents of harassment than campus-based students who have closer ties with their institution.

To combat this, Dziech suggested that faculty members and students be encouraged to report inappropriate exchanges they see or experience online. She added that institutions should also have clear and strict penalties for breaking the rules — not just a “slap on the wrist.”

“If a professor sends someone’s 18-year-old daughter a picture of their private parts, and we send them on a Title IX sexual harassment training course, that accomplishes nothing. It sends a message to other faculty that they can do the same sort of stuff,” said Dziech. As a preventative measure, Dziech suggested that faculty should agree, as a condition of them being hired or keeping tenure, to not communicate with students through social media. “Why would a professor need to contact a student on Facebook? What’s wrong with using your .edu email?” asked Dziech.

Communicating through social media makes it almost impossible for institutions to spot red flags, said Stephen Downes, a senior researcher in online learning for Canada’s National Research Council. He said that online education providers typically encourage communications through their own discussion forums or Listservs, but there have always been cases of students and professors communicating by other means. “If there’s a way to message someone, people have been using it,” said Downes.

Unlike Dziech, Downes doesn’t believe a social media communication ban is necessary. Instead, he made an appeal to common sense online. “I don’t wish to sound naïve, but why don’t people, especially those in positions of power, just behave better online? Forget the legalisms, forget the codes of conduct. Just behave better. That would be my No. 1 suggestion,” said Downes.

“This isn’t an issue that’s specific to online courses, education or social media. It seems odd to me that people would think because something is online that they can behave differently. If you wouldn’t say it face-to-face to a person, why say it online?”

What You Need to Know About the Education Dept.’s New Guidance on Title IX

Accrediting Agencies Currently Undergoing Review for the Purposes of Recognition by the U.S. Secretary of Education 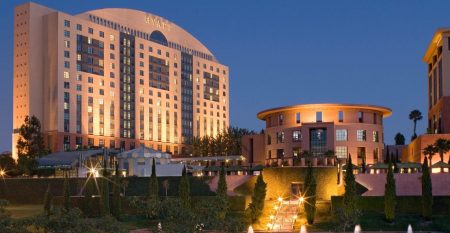 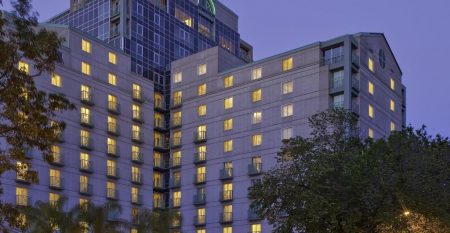 SAVE THE DATES! CAPPS Legislative Policy Conference will be April 19-20, 2021 at the Hyatt Regency in Sacramento, CA.