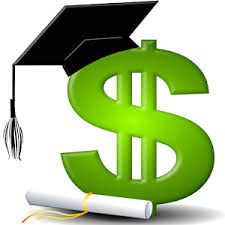 As many in higher education are aware, yesterday, following a long series of lawsuits, opinions, and orders, the “borrower defense rule” promulgated by the U.S. Department of Education on November 1, 2016, took effect. The 2016 Rule was slated to become law on July 1, 2017, but was delayed by the current administration. In an order dated September 17, 2018, U.S. District Court Judge Randolph Moss found the current administration’s delay to be unlawful, but gave Secretary DeVos 30 days to make the case as to why the delay should remain in force. DeVos declined the offer, and instead has indicated that while she believes the 2016 Rule to be bad policy, the current Department will move forward with its implementation.

In November 2016, Thompson Coburn’s Higher Education Practice offered four, detailed, 90-minute webinars on the 2016 Rule. The recordings of all four webinars are still available free and on demand on our website, for those who may wish to revisit the various aspects of the regulation. Individuals looking for the text of the 2016 Rule can access the official version on the Federal Register website.

We also offer the following quick thoughts for those who are not sure what to make of these recent developments:

Press around the 2016 Rule typically only discusses the portion of the rule that concerns claims for the discharge of student loans. Schools should be aware, however, that the 2016 Rule is a massive, complex regulatory package that impacts far more than just the borrower defense discharge process.

The 2016 Rule also includes significant revisions to the Department’s rules concerning financial responsibility, closed school loan discharge, and false certification discharge, as well as new provisions concerning pre-dispute arbitration clauses, class action waivers, and repayment rates. Moreover, while it is true that certain aspects of the rule likely have less implication for traditional higher education, almost all aspects of the rule apply to public and private, nonprofit institutions, as well. And there are elements that could cause significant heartburn.

Just by way of example, under the 2016 Rule, all institutions of higher education must notify the U.S. Department of Education within 10 days of the institution being required to “pay any debt or incur any liability arising from a final judgment in a judicial proceeding or from an administrative proceeding or determination, or from a settlement.” See 34 CFR §§ 668.171(c)(1)(i)(B) and (h)(1)(i). Significantly, this reporting requirement, which is one of many, gives no consideration to who brought the suit, the nature of the claim, or the materiality of the claim to the institution’s financial wherewithal. We suspect that more than a couple of general counsels would be surprised to learn that they must start keeping the U.S. Department of Education apprised of their litigation and settlement outcomes (among many other things). Chief financial officers may be equally surprised to discover that these reported outcomes can prompt a recalculation of the institution’s federal composite score.

It is impossible to know, at this point, how and to what extent the 2016 Rule will be implemented by the current administration. For example, while the rule includes a range of reporting requirements (noted above), it is almost certain that the current administration has no infrastructure in place to receive reports, much less to act on them. There also may be further rulings from Judge Moss, who noted yesterday in a related ruling that this most recent chapter is “presumably not the last…in a dispute about the fate of the regulations…”

Decisions from other courts also could prove significant. The current administration has openly acknowledged, for example, that after consultation with the U.S. Department of Justice, it was determined that the Department did not have the authority to ban pre-dispute arbitration clauses in contracts between students and institutions (a feature of the 2016 Rule). As we discussed in a blog post earlier this year, Congress and the U.S. Supreme Court clearly agree with this position. Should a school move to compel a lawsuit to arbitration, this provision could be put to the test.

With the news cycle in full swing, and lawyers (like us) detailing the complexity and potential implications of the 2016 Rule, it may be tempting to react quickly and aggressively. We suggest patience. We expect that there will be additional clarity in the weeks to come regarding the current administration’s views on the 2016 Rule and how and to what extent implementation should proceed. As noted above, we may also see additional thoughts from Judge Moss and others. While we certainly do not recommend complacency, we do think institutions would do well to review and digest this information as it arrives, to formulate appropriate action plans, and to move forward in a deliberate and meaningful way once a sufficient amount of clarity has been achieved.

Aaron Lacey leads Thompson Coburn’s Higher Education practice, and is the editorial director of REGucation, the firm’s higher education blog. In October 2017, Aaron was selected by the U.S. Department of Education to serve as one of 17 negotiators charged with overhauling the borrower defense rule. The Department selected Aaron to represent and negotiate on behalf of general counsels, attorneys and compliance officers at postsecondary institutions nationwide. He can be reached at (314) 552-6405 or alacey@thompsoncoburn.com.

What Everyone's Missing About That Court Ruling On Defrauded College Students